Morse was most recently head of business operations at Mekanism 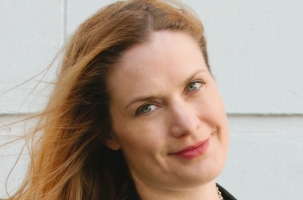 FCB West has hired Elizabeth Morse as head of integrated production, a new post. Morse, who joined the agency last month, is working with Chief Creative Officer Karin Onsager-Birch to create a flexible and nimble integrated production offering that delivers high-quality creative in the most cost-effective way.

“In our hyper on-demand, content-focused world, it’s important to bring the most innovative ideas and solutions to the world of production,” said Onsager-Birch. “Elizabeth’s unique digital and production background is exactly what we need to bring our in-house production capabilities to the next level.”

Morse most recently was head of business operations at Mekanism, a 2015 Ad Age Agency A-List Standout. It was her success there, producing unique integrated content for clients including Pepsi, GE, Nordstrom, Method, Jim Beam and Charles Schwab, that garnered Onsager-Birch’s attention. So did Morse’s refined storytelling skills and the strong digital chops she developed during her 20-year career. Among the brands that will immediately benefit from Morse’s prowess are Levi’s, Dockers, EA, Kikkoman, Ghirardelli, Smokey Bear and Eli Lilly.

During her seven years at Mekanism in San Francisco, she produced work garnering award recognition from The Webbys and Cannes Lions among many others. Additionally, she was instrumental in producing the campaign surrounding the 2013 Pepsi Super Bowl Halftime show featuring Beyoncé.

Morse has also worked as director of creative development at television development company Q Media Partners in San Francisco, where she collaborated with creative talent to concept and package ideas under a first-look deal with HBO.

She also served as a product manager at Vignette Corporation in San Francisco. After graduating from the University of California, Los Angeles with a degree in mechanical engineering in 1996, Morse brought her coding and visual arts background to her role as senior producer at CNET.

Morse cited the opportunity to work with Onsager-Birch and marquee FCB West clients as key reasons to join the agency.

“It feels like the right time to take my experience to a large global network like FCB,” said Morse. “With new creative leadership, an influx of new talent, global assignments like Levi’s and local favorites like Ghirardelli, FCB West is experiencing such strong momentum and I wanted to play a part in driving its growth.”