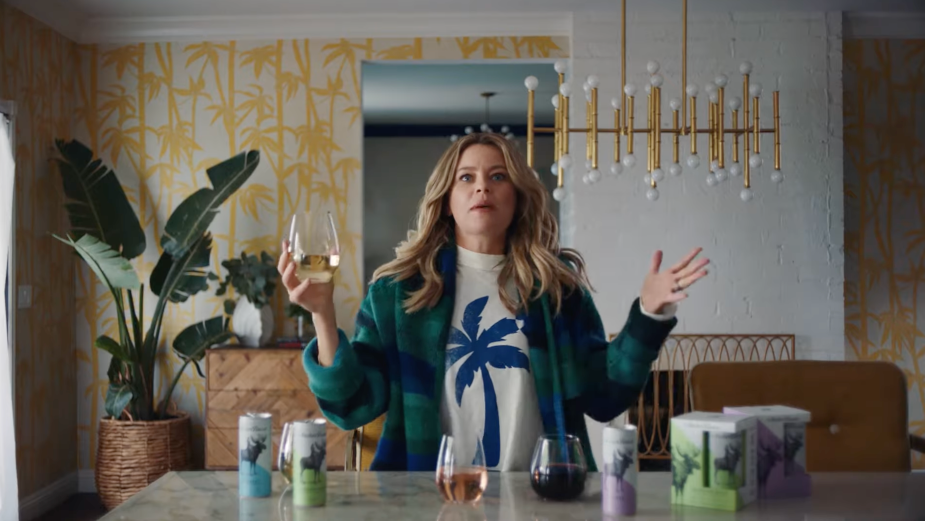 AOR Colossus has completed its first creative campaign for Archer Roose. It stars Elizabeth Banks, who is the brand’s new chief creative officer. The actress/director/ writer/producer recently became a major investor in, and part owner of, the artisanal canned wine company. Elizabeth also stars in the spot alongside co-founder/CEO Marian Leitner.

Everyone seems happy with the setup. “We chose Colossus for this partnership because they are a nimble agency committed to accelerating growth for up-and-coming businesses,” said Sara Gable, CMO of Archer Roose.

The work breaks Friday May 28th, on connected TV and social media, and consists of one 60-second spot and one :15. It will run this summer on Roku's OneView Ad Platform and as paid social media.

The spots bring to life the new relationship between Elizabeth and Archer Roose through a story that details how the entrepreneurs joined forces—but amps up the funny. The hero spot toggles between a testimonial with Marian and 'uninvited guest' Elizabeth wreaking havoc on her home.

“We were tasked with announcing a celebrity partnership in a world that, these days, is fairly celebrity obsessed,” explained Greg Almeida, founder/ECD at Colossus. “So we thought it would be interesting to tell a story that was the antithesis of the typical narrative: how exasperating it would be if this super famous person just never left you alone.”

Elizabeth, who has starred in The Hunger Games franchise, Wet Hot American Summer, 30 Rock, and produced the Box Office hit Pitch Perfect franchise, formed her production company Brownstone Productions in 2002 to champion female voices in Hollywood. Now she’s hoping to do something similar in the wine industry. Archer Roose was founded in 2014 by CEO Leitner and David Waldman. Positioned as a luxury wine brand that appeals to the modern drinker and takes pride in craftsmanship and innovation, its objective is to disrupt the category and democratise wine by putting high quality, sustainably produced wine in portable, eco-friendly cans. The founders felt Banks aligned perfectly with these attributes.

“To be able to work with three rock stars like Marian, Sara and Elizabeth Banks all committed to doing something new? It's a dream partnership,” said Jonathan Balck, founder/Managing Director at Colossus.