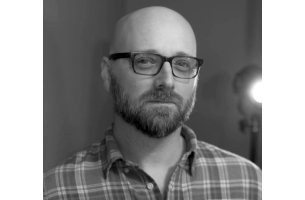 Bicoastal music shop Elias Arts has revamped its creative team, with long-time Elias Arts vet Vincenzo LoRusso taking the reins as Executive Creative Director and Executive Vice President and the addition of creative director Mike Goldstein in Los Angeles and Eric Ronick in New York. With diverse backgrounds in music spanning producing, composing engineering, songwriting and performing, the new additions will amplify Elias’ in-house creative expertise in connecting brands with top musical talent and customized music experiences in the converging music and advertising spaces. Goldstein brings dual expertise in music and filmmaking, allowing for a unique sensitivity for the artistry of the fusion of audio with the moving image, while Ronick’s background as a songwriter, artist and musical director provides a fresh viewpoint on current and approaching musical trends.

The world-class studio’s evolution is a return to the roots for internationally acclaimed founder/composer Jonathan Elias, who early in his career produced such top bands as Duran Duran and Yes. Elias has continued to do noteworthy album projects in addition to award-winning commercial work, collaborating with a number of the industry’s top recording artists. LoRusso began collaborating with Elias over 12 years ago, producing, mixing and engineering album projects before shifting over to lend his talents to Elias Arts’ commercial work.

Notes LoRusso, “We are excited to have this team that is so talented across a wide spectrum of expertise and musical genres. These talented creative directors have strong footholds in the record production world and they are eager to bring the freshest sound and music to branded work for our clients.”

LoRusso will lead the LA and New York offices in this new direction, bringing his nearly 20 years of experience producing, engineering, and remixing artists such as Debbi Harry, Perry Farrell, Alex Ebert of Edward Sharp & Magnetic Zeros as well as members of Cypress Hill and Guns & Roses, among others. Formerly, as creative director and lead composer he helped launch Massive Music’s west coast office, LoRusso most recently led the production team that developed and launched the successful Elias Music Library.