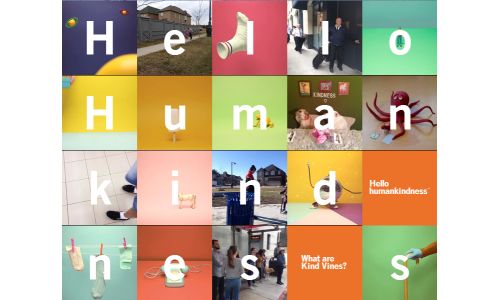 Kind Vines is a call for random acts of kindness through 6 second Vines. Agency Eleven enlisted vine celebs like Comedian Chris and Eh Bee to film themselves committing creative and funny guerrilla acts of kindness. Their using the campaign hashtag (#KindVines) and the influencers are asking followers to make their own Kind Vines.

Dignity is also offering several prompts to get users started like "give encouragement," "be nice to a pet," "say thanks," "compliment a stranger," etc. Since launch, they’ve received tons of KindVines from consumers embracing the idea and all the videos from the hashtag are aggregating on www.kindvines.org to provide access to everyone not on Vine. You can also view the vines here.