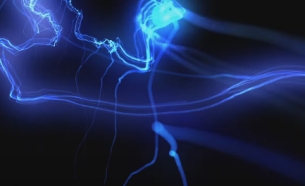 AMV BBDO has created a new campaign for ‘Go Ultra Low’ – a campaign run in partnership between the Government and eight leading vehicle manufacturers to promote and increase uptake of electric vehicles. The new work launched on 25th April 2016, and will run across VOD, YouTube, radio, press and digital display.

The ‘Go Ultra Low’ campaign, a unique partnership in the global automotive market, aims to educate the public about electric cars and show that, contrary to current perceptions, electric cars are exciting to drive and a practical alternative to petrol and diesel cars.

The film sets the scene of a race track at night. An electric car is driving around the circuit. Pulses and lights create an electric atmosphere. As the car drives round we pull out to a bird’s eye view that reveals that the track is in the shape of an electric circuit and the electric car is the charge flowing around it. The final pack shot heroes the latest electric cars available from mainstream manufacturers supporting the campaign.

Radio, press and digital display creative debunks the belief that it’s hard to charge your electric car and difficult to travel long distances by informing people that over 96% of motorway services now have electric charge points meaning you can travel the length and breadth of Britain.