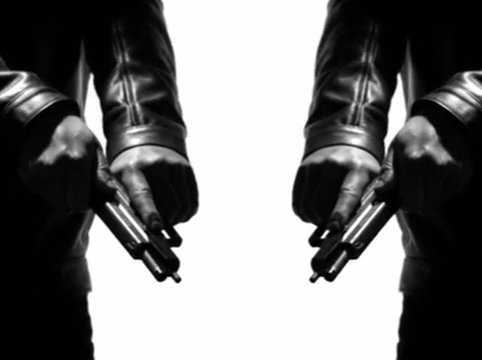 Leviathan, a design company in Chicago, approached El Colony's Stephen Fuller to help them pitch on a title sequence for the show. The client, impressed, picked one of his ideas. After two days in a studio on a tiny budget the title sequence for 50 Cent's drama series POWER emerged.

The main character in Power leads a double life. He is the wealthy owner of a night club which is a front for a massive cocaine business. Steve decided to use a simple mirror effect as a metaphor for this double/split life.

Steve really liked staying simple and just mirroring the image for the most part, but occasionally broke that rule and had different objects across the split.