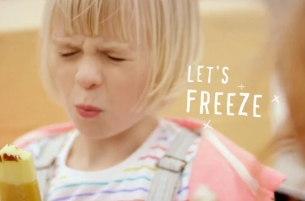 Produced for Aldi Ireland's summer range, 'Lets Eat', the spot was created by McCann Manchester & was shot around Dublin over two hectic days.

"We shot two units so we could capture the amount of food and performance needed to cram the commercial full of a very typical Irish summer." Commented Brian, "During the shoot it rained when we needed sun and the sun shone when we needed rain. The commercial used the Iconic and timeless song by the Undertones, Here Comes The Summer."