Egg Music Reaches Out To The Mill, MPC And Psyops For Motionpoems 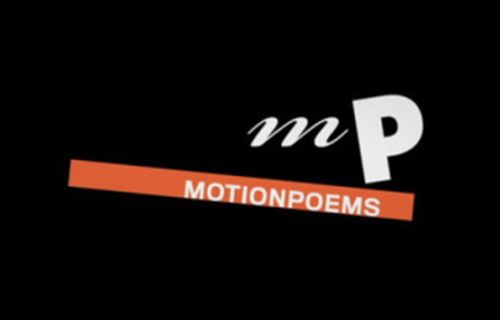 At a time when production budgets are shrinking, a small commercial music company has taken a big risk, making a major pro-bono investment…in poetry.

Minneapolis and LA-based Egg Music made a year long, shoulder-deep, management-level commitment to producing a whole season of short films for Minneapolis-based nonprofit Motionpoems, the world’s only poetry film company.

The risk, costing the company over thirteen-hundred work hours to-date and countless resources, is paying off big-time in terms of new business, new industry relationships with top shelf national creatives, a fast-growing multimedia portfolio that includes several public artworks revealing in 2014, and the upcoming premiere of all 19 new Motionpoems films at the Walker Art Center in Minneapolis on May 22nd.

It’s all part of the shop’s broader vision to grow into the company’s official name, Egg Creative. “We’re a music company,” says Executive Producer Eric  awcett. “But when it occurred to us that we could become Motionpoems’ production management team, we leapt at it.”

Egg’s investment in Motionpoems is consistent with the company’s commitment to investing in the overall creativity of its culture and its people. “The work we do at Egg provides a secure platform for our songwriters to also freely create and release their own music,” explains Creative Director John Hermanson. “We have three records coming out this summer. We see this investment as a critical part of doing consistently great work for our clients. That same platform gives us the freedom to take on creative projects outside music.

Producing this season of Motionpoems involved bringing together filmmakers and animators, both indie and from elite production companies like The Mill and Psyop, along with editors and composers from all over the world. It’s the funnest mash-up ever.” Egg signed on knowing the investment would lengthen the shop’s already long workdays. “It’s involved days, nights, and weekends, and it’s all very worth it,” reports Fawcett. “Our work for Motionpoems makes us better at everything else we do at Egg.”

The company also enlisted veteran film and video producer Jennifer David (Minneapolis) for day-to-day production. “It’s a dream team,” says Motionpoems executive and artistic director Todd Boss, “and the result is explosive work from some of the nation’s best artists.”

A company of songwriters, composers, and producers, Egg creates music for film, television, and advertising. You can also hear the work of Egg musicians on radio airwaves. “We have a nurturing environment for musicians,” says Egg associate producer and indie singer/songwriter, Lisa McGuire, “and extending it outside our walls to poets and filmmakers has been really powerful. It feeds back into everything we do.”

Motionpoems, Inc. was co-founded in 2008 by poet Todd Boss (St. Paul). The nonprofit commissions and produces 12+ new films each year, premiering them annually at the Walker and releasing them monthly at www.motionpoems.com.