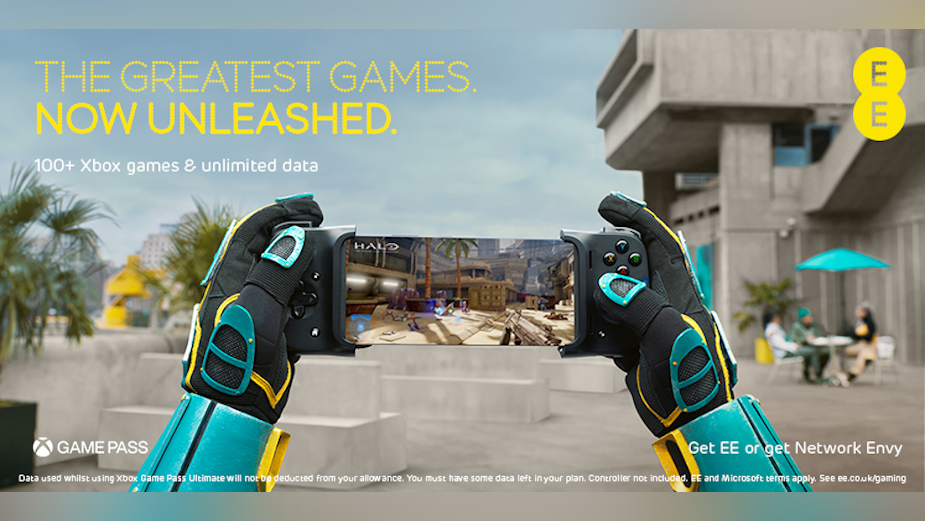 To mark the launch of its exclusive Xbox Game Pass Ultimate add-on with unlimited data for gaming, EE, the UK’s number one network for gaming has unleashed its latest national campaign.

The six-week integrated campaign, which brings to life the immersive nature of gaming on the go, sits across out of home (OOH), display and social channels, with the activity extended through digital activations, partnership with LADbible Group, and an interactive AR in-store experience– a first of its kind for the brand in retail – and PR.

The advertising campaign, created by EE’s advertising agency Saatchi & Saatchi, leads with digital out of home featuring three Xbox titles played on an Android handset & Razer Kishi controller, with each creative thematically tied to UK backdrops. From the woods of East Sussex for Forza Horizon 4, to the shore of Joss Bay, Kent, for Sea of Thieves and London’s Southbank for Halo: The Master Chief Collection.

The campaign marks the launch of one of EE’s most innovative media campaigns to date, led by EE’s media agency Essence. Throughout the month of May, EE will also be working with the LADbible Group (LADbible, GAMINGbible) on an episodic content series, which sees influencers Liv Cook, AJ Sabeel and Sharkey, put their mobile gaming skills to the test. In the three-part series, the influencers, who have amassed millions of followers between them, battle it out in a variety of intense gaming on the go challenges; mobile gaming while being shot with paintballs, racing the fastest lap while crushing real cars in a monster truck, and finding treasure while navigating ice-cold rapids.

From May, EE will be utilising Twitter's Emoji Engine product to engage with the gaming community in an authentic and fun way. Gamers can tweet @EE with the hashtag #GamingUnleashed and one of 40 selected emojis to receive a customised Xbox game suggestion, alongside a sign-up link for EE’s Xbox Game Pass Ultimate add-on. EE is the first UK telco company to use this technology, with the Twitter Emoji Engine perfect for gaming discovery, fuelling excitement amongst gaming enthusiasts for EE’s Xbox Game Pass Ultimate add-on, helping to reinforce the network as the UK’s number one for gaming.

The EE gaming campaign will roll out throughout the Spring, with interactive AR retail experience available to customers in almost 600 stores, and PR to follow.

Pete Jeavons, marketing communications director at EE comments: “We’re in the business of keeping our customers connected to the things they love, and we couldn’t be more thrilled to be unleashing our Xbox Games Pass Ultimate add-on to our Android customers. Gaming is such a huge passion point, offering entertainment, connection, and escapism. Words alone don’t do it justice. So, in our latest campaign we’ve aimed to push ourselves to the next level, to find new and exciting ways to really bring to life the immersive nature of gaming-on-the-go across multiple channels. Game on!”

The national campaign marks the launch of a new Xbox Game Pass Ultimate add-on for EE Android smartphone customers, giving them access to over 100 Xbox games on the go with inclusive unlimited data for just £10 per month. The add-on is now available to all EE Pay Monthly Android smartphone customers on a Smart or Essential plan for £10 a month on a 30-day rolling contract. Customers will be able to enjoy a range of games on their smartphone via the cloud, including Forza Horizon 4, Sea of Thieves and Halo: The Master Chief Collection.

According to the latest independent testing by RootMetrics, EE is the number one network for gaming in the UK. EE recorded the fastest aggregate median download speed of any network, the lowest packet loss, and the lowest jitter during UK-wide testing – all key factors that help provide smoothest and reliable gaming experience on the go. 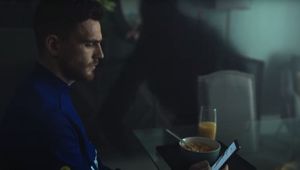