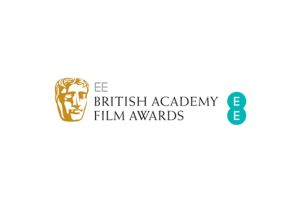 Following a successful twenty year relationship, EE and the British Academy Film Awards have signed a deal that will see the brand partnership continue through 2018 and 2019. The annual awards ceremony will continue to be known as the EE British Academy Film Awards and the coveted EE Rising Star Award, now in its twelfth year, will remain an integral part of EE’s activation of the partnership.

The awards ceremony was originally sponsored by Orange for sixteen years until new parent brand EE launched in 2012. EE became the title sponsor in 2013 continuing one of the longest standing brand partnerships in the entertainment industry.  This year’s ceremony, which took place 12 February 2017, was the fifth year that EE was the headline partner and the first time since becoming part of BT Group.

Since EE took over the title sponsorship, the red carpet at the British Academy Film Awards has been the test-bed for countless innovations from the UK’s largest mobile communications company.  From an innovative, live 360 degree red carpet show and exclusive influencer content to allowing film fans to interview the stars live from their living room by beaming them onto 4G-enabled EE Fanbots, EE uses the event to showcase its award-winning 4G network and bring fans and customers closer to the action.

This year, the 70th annual Film Awards, EE helped thousands of film fans get closer to the stars by giving them the chance to have a ‘virtual selfie’ taken on the red carpet. This was made possible thanks to innovative custom-built camera and face-detection technology featured in the EE Roboselfie: a high-tech, selfie-taking robot.  EE also filmed red carpet highlights in 360 degrees offering the British public the chance to experience the EE BAFTAs in virtual reality the following day. In addition, EE created a brand new Snapchat filter enabling those watching the night’s proceedings the chance to share videos of themselves holding their very own EE Rising Star Award.

Marc Allera, CEO at EE, said: “Each year we challenge ourselves to continue innovating and pushing the boundaries of what is one of the longest running brand partnerships in our industry, as we aim to bring the magic of the movies a little closer for film fans and our customers. The partnership is extremely important to us as a brand with the reach, talent access and content opportunities it offers us.  The special relationship we have built with the team at BAFTA is truly collaborative and a mutual understanding and support of each other’s objectives allows us to keep delivering successful campaigns year in, year out with a consistently strong return.”

BAFTA Chief Executive Amanda Berry said: “We are enormously proud of our partnership with EE.  We share a passion for film and together we have grown and developed the Film Awards into an exciting and vibrant event.  We have also had the opportunity to try out incredible technology together.  Filming the red carpet in 360-degree virtual reality would have been unimaginable 20 years ago.  It is very exciting to think about the new opportunities we can explore with EE over the next two years.”