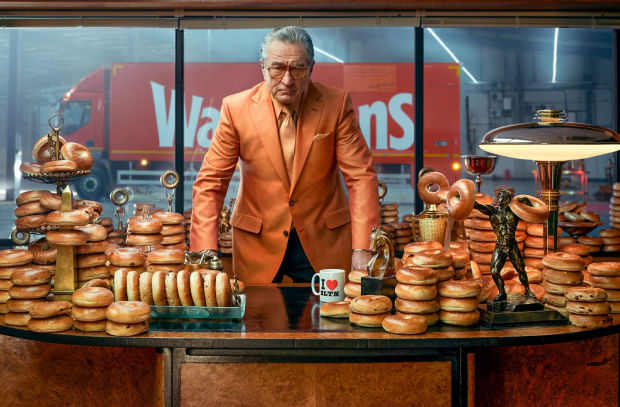 Speaking of the campaign, Edward says: “Scoring the ‘GoodBagels’ commercial with Robert De Niro was such a fun experience. The agency creatives had such a specific sense of what the music needed to do at any particular moment, but they were also really receptive to new ideas. The real challenge for me was making sure the music felt utterly authentic to the gangster genre without ever directly quoting a particular piece of music. The only way to do that was to immerse myself in a wide range of music of the sixties and to just synthesise that inspiration with my own musical voice. A dream job!”

Edward's credits include Expedition Mungo for Animal Planet, Bear Grylls: Mission Survive for ITV, Leepu & Pitbull for History Channel, three series of the popular Discovery show Railroad Alaska; mega-budget History Channel series, Mankind narrated by Josh Brolin, and numerous high-profile TV shows for among others BBC1, BBC2, Discovery, A&E, Nat Geo, PBS and Channel 4. In May of 2018, he was awarded a Golden Arrow for his music for Volkswagen, Golf GTE, The Button, made for adam&eveDDB by Independent Films, directed by Gary Freedman.