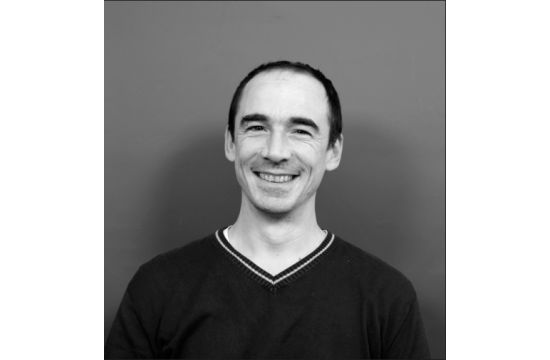 Mauriot first discovered his love for editing as an assistant at Bandits in 1997, before freelancing and working alongside Michel Gondry's trusted Art Director, François Nemeta.  He then continued to bring his skilled editorial eye to numerous projects produced by Wanda Productions, Partizan, Midi-Minuit, Première Heure and Iconoclast, to name a few.

Mauriot gained international recognition for his second Adidas spot for Sid Lee, "Unite All," directed by SoMe and featuring A-trak, which followed up his work on the Adidas spot “All In,” directed by Romain Gavras.  Mauriot and Gavras have partnered several times in recent years, including on the documentary following French electro duo Justice on their US tour "A Cross The Universe"; MIA’s notorious "Bad Girls" music video; and MIA’s "Born Free" video, which earned Mauriot the Antville Award for Best Editing in 2010.  His work extends beyond advertisements and music videos, with Mauriot being one of two editors that cut "Logorama," the 2010 Oscar winner for Best Animation Short Film, as well as full-length features including Unleashed, written by Luc Besson, and Babylon A.D featuring Vin Diesel.

Walter Mauriot makes his Nightshift debut with the wildly popular 24-hour music video for Pharrell Williams' "Happy,” directed by We Are From LA and produced by Iconoclast, which launched November 21, 2013. Nightshift organized the post between their Los Angeles and Paris offices with a dedicated creative team that supervised the data management and workflow for the editing, color grading and finalization of this 24-hour project.

"I'm a huge fan of Despicable Me," jokes Mauriot, of the song’s addition to the sequel’s soundtrack.  The interactive project is the first of its kind, encouraging viewers to switch between sequences in the days worth of footage featuring strangers and famous faces dancing along to the track.

On joining Nightshift, Mauriot says, "I'm really excited to be working with people that I consider friends.  Working with such an innovative group at Nightshift opens the door to a world of creative possibilities, and I can’t wait to see what those will be.”

Nightshift opened in Paris in 2004 with a serious eye for what is cool and beautiful, leading the post house to build strong ties with notable agencies such as McCann, Publicis, and BETC. The company has since cultivated long-lasting relationships with global production companies (Iconoclast, Stink, Moonwalk) and brands (L'Oréal, Nespresso, Gucci).  Recently, these fruitful associations have led Nightshift to expand internationally and bring their French talents to foreign markets, embarking upon creative collaborations with a list of renowned directors that includes Jonas Akerlund, Nicolas Winding Refn, Laurent Chanez, and Jean Pierre Philippot.