Known for sexy & provocative visual storytelling, Richard brings a touch of luxury to every campaign 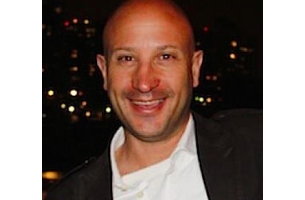 Editor Richard Cooperman, whose high-gloss fashion/beauty work has graced everything from couture to luxury automobile campaigns, has signed with /wildchild/, the New York and L.A.-based content collective founded by Yvette Piñeyro.

A native of Toronto, Cooperman joins /wildchild/ from jumP. Recent projects include work for Lexus, L’Oreal and Hugo Boss and Samsung. To screen his reel, click here.

From his earliest days editing music videos, Cooperman’s work has followed a path of visual storytelling that’s included high-end fashion and beauty work for some of the top labels and designers in the industry, including Thierry Mugler, directed by Floria Sigismondi, and Hugo Boss, directed by Jonas Åkerlund. He’s also been at the forefront of a dynamic trend in automotive advertising, which has adopted the lush imagery and haughty vignettes of top fashion directors and stylists to position cars and SUVs as badges of taste and style – the ultimate in luxury accessorizing.

“We’re thrilled to have an editor of Richard’s stature and reputation join us,” says Piñeyro. “His work stands out, not just for its beauty and grace but as a reflection of his ability to collaborate with the industry’s best directors on its most demanding brands. He not only complements our roster but reinforces our strength in the luxury, fashion, beauty space.”

Indeed, Cooperman says he was drawn to /wildchild/ based on its strength in the fashion arena. “I was looking for an editorial company that was strong in the genres where I like to play, and I’d become aware of them based on their fashion work,” he says.

Joining the company not only lets him continue to build on his success in the category but offers him a base in New York, a market he’s been interested in pursuing. “It’s a big part of their appeal, as it allows me to make a further commitment to working there,” he says. “They understand the language of fashion and beauty in New York, and you really need to immerse yourself in it in order to succeed.”

In addition to Åkerlund and Sigismondi, Cooperman has also worked with such noted fashion and music video directors as Wilfred Brimo, Sophie Muller and Melina Matsoukas – and all on car commercials.  “For me, it’s fun and challenging to combine the demands and influences of these two worlds,” he says about his automotive work, noting that the influence of fashion advertising and imagery is being felt in many areas of ad content.

His move into fashion came via the stylistically-related genre of music videos, Cooperman explains.  After graduating from Ryerson University in Toronto he landed at a small production company there that specialized in videos.  It’s where he started to edit, “and I loved it,” he recalls. “Sometimes you find something that you’re good at, and when you do, it never feels like work.”

Cooperman recently completed a campaign for Lexus via Team One that introduces its new NX crossover in the brand’s characteristically sexy way. Directed by Brimo, the spots playfully depict the attributes of the new model in a fast-paced and breathless fashion.