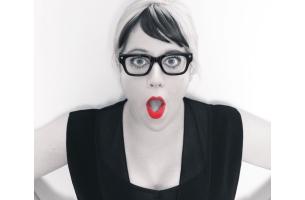 Whitehouse Post is excited to welcome sought-after commercial and film Editor Kate Owen to their roster. UK-born Owen was drawn to an editorial career early, starting as an apprentice to award-winning film editor Jim Bambrick at the age of 18. She spent several years in the UK working with Bambrick and Marshall Street Editors, and in 2010 moved to New York where she was a Senior Editor at Hooligan. Known for her keen sense of style, Owen has built up an impressive reel of fashion and beauty spots for clients like Gucci, Victoria Beckham, Alice Temperley, Body Shop, and Vogue.

“Kate is an incredibly talented and versatile editor,” says New York Partner/Editor Alaster Jordan. “She combines a great work ethic with a huge sense of fun, we are delighted to have her with us.”

Owen has amassed a versatile body of work for major global brands including Adidas, Sony, Showtime, and Virgin Atlantic; and has forged tight relationships with directors Jamie Rafn at Smuggler, Lacey at CLM, and Roderick Fenske at Dapper, to name a few. Her work for agencies such as Saatchi NY, McGarryBowen, Grey Worldwide, Y&R, and Wieden + Kennedy has garnered many prestigious awards at the Cannes Lions, One Show, D&AD, BTAA Awards, and many more.

In addition to her commercial work, Owen has made her mark in the music world and film space with projects including the BAFTA-nominated short film Turning, Toronto Film Fest selection The Sweetest Sound, and Gold Lion-winning internet film The Man Who Walked Around the World for Johnnie Walker. Kate has become known for her unstoppable energy, inquisitive smile, and the 6” heels she is never without; she currently calls Williamsburg, Brooklyn home.