Trends and Insight 495 Add to collection 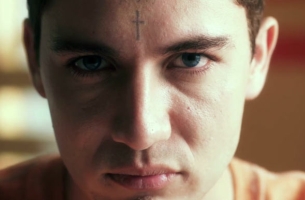 Leeshon Alexander last year wrote & starred in a short film, 'We Are Monster', based on Zahid Mubarek's brutal & fatal attack at the hands of Robert Stewart in a juvenile detention center in 2000.

With so much of the story taking place inside Stewart's head, the storytelling faced some challenges. Editor James Norris joined in to help craft and hone the film....

Q> What brought you to this project?

JN> Its difference. And working with like-minded, talented people. I’ve enjoyed creating something different—a film that creates a tone and a mood in a unique way, tells the tragic story and brings attention to what happened.

Q> So a storyline that plays out largely in the character's head, obviously with a few flashbacks—how did that drive your editing? How does that experience—especially given the character's paranoia—compare to a typical dialogue scene?

JN> The trick in the editing was to make the scene appear initially like a typical dialogue scene. We have the lead playing 2 characters, Robert Stewart and his alter ego. He didn’t have anyone to play against, but in the edit I had to first seamlessly construct it so they were having an intense conversation. Then from there we could add subtleties and little elements of paranoia that would take it beyond a basic conversation and into the realm of a paranoid schizophrenic.

Q> Along those same lines, a lot of the storytelling reveals itself in subtle facial expressions—what was that like for you? How much time did you spend exploring different variations along the same scene?

JN> This was a big focus for me and the director, Antony. As Stewart and his alter ego are different facets of the same person, I had to construct characters that are similar but distinct—those subtle facial expressions are extremely important in achieving that.

Q> On that note—did the film get in your head at all? What was it like spending so much time with the material? Do you feel like this story will stay with you?

JN> The material is extreme. Initially it was tough being subjected to material of that nature—I had to deliberately desensitize myself to it. We’ve taken that and we’ve made a film whose tone recreates the young offenders institute and the psychosis of Robert Stewart—in everything from the performance of Leeshon in the lead to the director's vision for the look of the film through to the editing. It definitely stays with you.

video
We Are Monster
view more - Trends and Insight 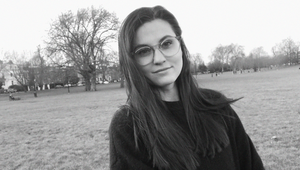