Britz was most recently with Rock Paper Scissors 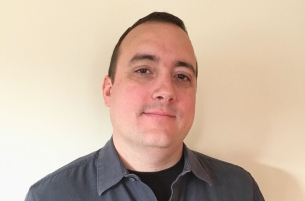 Editor Gabriel Britz, who revels in a tale well told, has joined the roster at the L.A.-based creative editorial shop Stitch. Britz was most recently with Rock Paper Scissors.

A native of the Northern California wine country – he grew up in Napa – Britz joined RPS as an assistant, straight out of the film school at the University of California San Diego. While he describes his editorial style as highly versatile, his work as a visual storyteller stands out. Honda’s “Dreams” spot, for example, tracks an emotional story of a young boy’s daydreams about cars as he grows into adulthood, told without a line of dialogue or voiceover narration.

Other Britz spots similarly demonstrate his ease with letting a story unfold. In the documentary-style “Finding Understanding” for Expedia, we see a powerful portrait of a parent accepting his adult child’s same-sex partner. To view highlightsfrom his reel, click here.

“When you look across the breadth of his work it’s easy to see why Gabe is a great complement to our roster here at Stitch,” says Partner and Editor Dan Swietlik. “Whether working in an action genre like he’s done for Halo or playing with design and motion graphics like in his title sequences for shows like ‘Masters of Sex’ or ‘Justified,’ he’s got a knack for getting at the heart of what the script, show or brand is about.”

The “Masters of Sex” title sequence is a perfect example of Britz’s versatility; nominated for an Emmy, the sequence looks like it was built from vintage stock footage and stock images, all of which depict visual metaphors for doing the dirty deed. But according to Britz, almost all of the images seen were crafted by the production crew at Elastic, the VFX and production arm of RPS, often shooting on tabletop in their own studio.

A skateboarder as a kid, Britz and his friends shot and edited their own videos, which led to his film studies in college. He got his start in photography before transitioning to film, “which is when editing jumped out at me,” he recalls.

“I really liked putting things together,” he explains. “For me it was like a puzzle, trying to figure out the most creative way to build something. Of all the disciplines in filmmaking, editing was the one that suited me most. I feel like it gives you great say over how to construct a story.”

Britz says that after leaving RPS last year after a long tenure he met with a number of editorial houses in L.A., “and Stitch caught my eye. It’s a smaller company, but with a great roster of talent.” He knew of Dan Swietlik’s work by reputation, and had heard good things about Executive Producer Mila Davis, who joined last year after a lengthy career as a producer and EP at agencies like TBWA\Chiat\Day. “She’s got an impressive background,” says Britz, “and is a great person to have on your team.”

With a reel that reflects a range of styles and genres, Britz prides himself on being able to segue easily between assignments. “I love the creative process of editing, of working with people and really digging in to find the best way to tell the story,” he offers. “That’s especially true in documentary work, where you’re essentially writing the film in the editing room.”

Britz is proud of his work in this area, particularly his efforts on the short film “Showfolk,” directed by first-time director Ned McNeilage, an agency creative director. The documentary captures the sprightly vibe of the residents at the Motion Picture & Television Fun home in the San Fernando valley. From semi-stars to bit players, these lifers seem ready to clear the cafeteria and put on a show at a moment’s notice. Check out the trailer here.

An official selection of the Los Angeles International and Tribeca Film Festivals in 2014, “Showfolk” won the Audience Favorite award in the short doc category at the Palm Springs International ShortFest that year and was named Best of Festival at the AFI Docs festival as well.