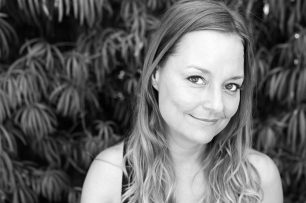 Editor Erin Nordstrom, whose documentary and music video work mirrors her engaging storytelling approach in short-form ads and commercials, has joined the roster of the creative editorial shop Spot Welders.  Nordstrom will be based in the company’s Los Angeles office, but will be available to its New York and East Coast-based agency clients as well. Her signing was announced by Spot Welders Managing Partner David Glean.

Nordstrom joins Spot Welders from the Santa Monica office of Optimus, where she’s been for the past six years. Prior to that she spent seven years freelancing for a range of agencies and post production companies in Southern California. A graduate of Indiana University, she started her career with a small editorial company in L.A. that worked frequently for the boutique creative agency Ground Zero. She eventually joined the agency as its staff editor, where campaigns she worked on for clients like ESPN and others won numerous Belding and One Show awards.

“Erin’s a welcome addition to our family,” says Glean. “Her work reveals a true passion for getting at the heart of a story, and that’s true whether she’s working on a personal project or on commissioned work for clients. We’re excited about the opportunities to offer her talents to our agency clients.”

Nordstrom says her move to Spot Welders came after deciding she was ready for a change of creative scenery. She compiled a list of editorial houses that she admired, and Spot Welders was at the top. It helped that the company’s L.A. office was in her neighborhood, and she often found herself passing by. “I always thought of it as such a cool place, so I reached out to David directly and things just organically fell into place,” she explains. “They have an amazing roster of talent, and the work that comes out of here is second to none,” she continues. “Their culture felt like a perfect match with my style – it’s a very laid-back personality, but also very hard working.”

Nordstrom describes her freelance years as a time when her work “ran the gamut of what you could do as an editor. It was a great learning experience, and forced me to exercise lots of creative muscles.” She made countless connections with filmmakers, creatives and producers, many of which have opened doors for her creatively.

For example, during her time at Ground Zero, one of the producers hooked her up with a still photographer who was working on building a director’s reel. The result of that collaboration was her editing an award-winning documentary on the band Wilco titled ‘I Am Trying to Break Your Heart.”

Later, during her stint at Optimus, her EP connected her with a producer who was working on a passion project about a headstrong artist who frequently clashed with the patrons who hired him to carve intricate caves out of desert sandstone formations.  The resulting film, “Cave Digger,” directed by Jeffrey Karoff, was nominated for an Academy Award in 2014. Her advertising work includes spots that range from emotional to comedic for such brands as Activision, Columbia Sportswear, Samsung, Taco Bell, Motorola, Honda and many others.

“Erin’s background is a great complement to her skills as an editor,” says Joanne Ferraro, EP at Spot Welders’ New York office. “She has an insider’s knowledge of how to collaborate with and support agency creatives, and her freelance years have let her sample the best approaches to problem-solving at post houses all over L.A. Combine that with her long-form work with documentary and music video directors and you have a formidable talent with a deep perspective on her craft. We’re thrilled to have her on board.”