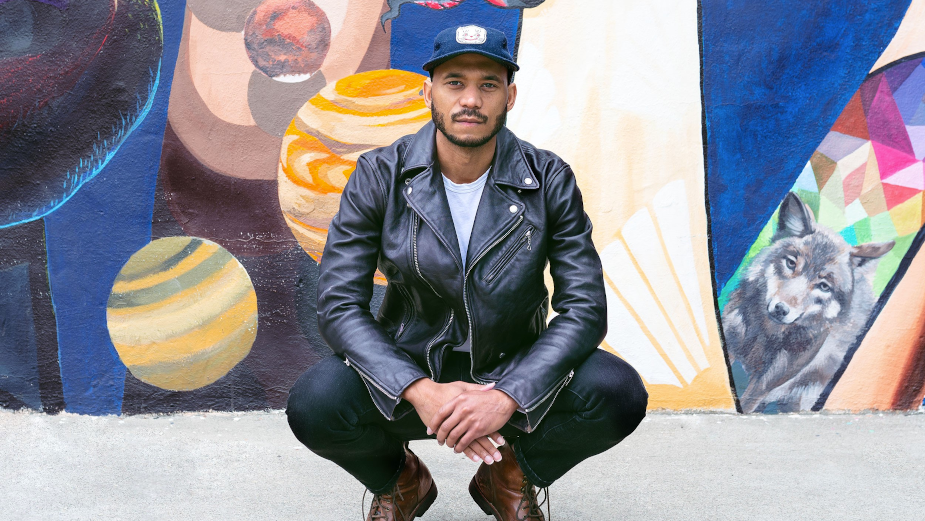 Carlos Crooks, whose passion for editing is perhaps only surpassed by his enthusiasm for the industry and his desire to help boost opportunities and mentorship for fellow BIPOC talents, has joined the editorial roster at STITCH. His signing was announced jointly by Dan Swietlik, Owner and Editor of STITCH, and Mila Davis, managing director and EP. To view his work, go here.

Crooks joins STITCH from a role as a prolific freelance editor, which he’s been doing successfully up and down the West Coast for the past six years. Among the agencies for which he’s edited are Saatchi & Saatchi, Grey, Deutsch, Team One and David & Goliath in Los Angeles as well as BSSP and Eleven in San Francisco.

“We’re very fortunate to add Carlos to STITCH,” says Dan. “He’s a unique talent, in that he’s had a lot of experience working with top agencies and directors right from the early days of his career, but he still has that incredible youthful drive and energy. The range of work on his reel is very impressive, and his enthusiasm is infectious.”

“We’ve been looking for a new talented, hip editor who came from a more culturally diverse worldview, and that’s Carlos,” adds Mila. “He’ll add youth, energy and passion to our roster. We’re thrilled to have him.

“Crooks says he’s joining STITCH because they took the time to build a relationship with him. “I trust the family there,” he says, noting that when he was working around LA as a freelance assistant, he met many of the people who are now on the company’s roster. “Some of the editors who provided me with guidance when I was assisting now work at STITCH,” he notes. “So that was a nice segue into a company that’s home to many of the people I’ve known and formed strong bonds with early in my career.

“On top of that, they would always be looking out for me and sending me projects to work on if I had the availability,” Carlos continues. “They trusted and believed in my craft, and that meant a lot. When I was introduced to Dan, his first words were not about how great STITCH is; rather, he asked how I wanted to grow as an editor. That made all the difference.”

Like many post production companies in the US, STITCH has been fielding requests for a more diverse list of talents over the past year or so, and was looking to add an editor who could give them stronger representation in terms of gender or cultural background. “Hunter Connor, our EP and Head of Production, had worked with Carlos when he was on staff at David & Goliath, and recommended him highly,” says Mila. “And Dan Bootzin, who’s also on our roster, knew him and said the same things about his talent and passion. So it was an easy choice to make.”

Mila, who came to post production from the agency side, believes Crooks’ in-house experience is a plus. “He comes with some established creative relationships, which is great. We’re going to focus on transitioning those into his new role working for an independent company. We’ve done this very successfully with some of the other editors on our roster, and we believe we can do the same with Carlos.”

Watching Crooks reel, all you can think to yourself is hang on. His work propels the viewer forward with an editorial style that underscores the impact of the visuals he’s working with, and he uses all the tools of the editor’s craft to layer and enhance the storytelling. A great example is 'Born to Box,' for the upstart fitness apparel brand Gymshark and the production collective Where The Buffalo Roam. The spot is an inspiring, docu-style look at a young boxer who credits his father for his dedication and training; his story is told through a densely layered visual narrative that never gets in the way of the emotional impact.

Not surprising, Carlos knows his way around sheetmetal, having edited more pulse-quickening Kia and Lexus spots than you can shake a key fob at. He’s also cut comic broadcast promos for HBO and fast-paced videogame spots for NBA2K. More notable is his work with former agency colleague Zach Browne. A copywriter, Browne took a poem he wrote, “It Doesn’t Matter,” and turned it into a powerful message about racism, created in the wake of the George Floyd murder. He followed that up with a similarly powerful film, “Sorry Breonna,” in which a succession of black women share their apologies with the woman who was shot and killed in her apartment by Louisville police officers, none of whom were charged with a crime.

A graduate of the USC film school, Carlos credits internships at Paramount Pictures and Anonymous Content with helping get him where he is today. At the former, he was mentored by the Head of Story, who worked closely with him showing him how film narrative clicked. At the latter, he was mentored by an executive who helped shine a light on the commercials world and recommended he consider creative editorial as a possible career option – going so far as putting in a call to Exile for him, where he landed as vault man-ager. “A lot of my success came from the awesome guidance and support I had from the editors and producers there,” he points out.

At Exile he began assisting, then went out on his own as a freelance assistant before going on staff, first as an assistant and later as an editor, at David&Goliath. From there he began his odyssey of working with other agencies and production companies in a career that’s reached its latest milestone at STITCH.

The ad business is grappling with its own poor record on creating opportunities for people of color, and Crooks is aware of what his signing represents for STITCH and what it means for the industry. That there’s now one more Black editor working in the ranks of independent shops is, at its heart, a step in the right direction.

“This is such an important topic for me, so during the pandemic I started collaborating with Nate Nichols and Steffi Beringer, who started the activist group Allyship & Action, to help in any way I can to make this right,” Carlos explains. “It’s unfortunate that as you grow in the ad industry you see less and less people who look like you,” he continues. “It’s just a fact. So it’s good that organizations like Allyship & Action are making a pointed effort to create this change in the industry. It’s long overdue.”

Carlos says he hopes STITCH will open him up to a new world of creative possibilities. “Editing is such a joy because of the aspect of collaboration,” he notes. “It’s what makes the final piece as special as it is. The opportunity to be with a company that understands my passion to work on a variety of projects and a wide range of creative is vital.”

Being with STITCH puts him in another sphere as an editor, he adds. “It’s exciting, being in a pool with the kinds of editors I’ve always admired. It will help me get my craft to the level I’ve always wanted it to be. It’ll push me to learn more, to excel more and to refine my skill more.”