The award-winning talent, who mentored many and cut high-profile ads for Budweiser, McDonald’s and other brands, receives a posthumous honour 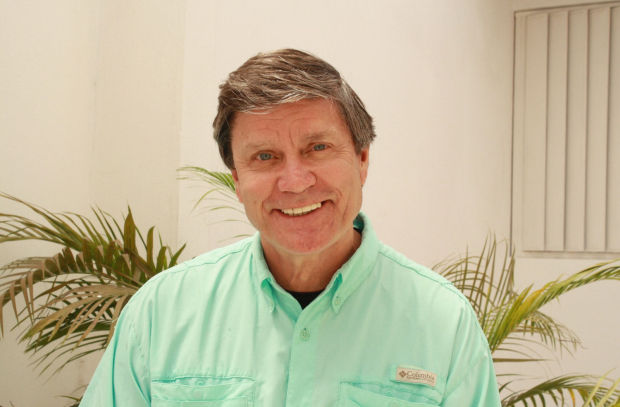 The late Bob Carr, award-winning editor and co-founder of the Chicago post boutique NuWorld, will be inducted into the Post Hall of Fame at the 2019 AICP Post Awards, set to take place on May 16th.

Carr, who passed away last September at the age of 72, is widely considered one of the founders of the post production trade association that came to be known as AICE, which in turn merged with AICP in January of 2018. In addition, he served as the first president of the association’s Chicago chapter.

Known as a passionate advocate of the role of the editor in the commercial creative and production process, Carr got his start working at the Chicago editorial shop Edit Chicago before being hired by the iconic editor Jimmy Smyth, who brought him to Optimus. He remained there for over two decades, working on high profile national spots for brands like Budweiser, Michelob, Levi’s, McDonald’s and many others. During this time he mentored many young editors and was a trusted collaborator for the city’s top agency producers and creatives.

In 1993 Carr teamed with fellow Optimus editors James “Yamus” Mudra (who was inducted into the AICE Hall of Fame in 2010), Joe Malecki and Michael LaBellarte to launch NuWorld. The company quickly made a name for itself, not only for its talented lineup of editors but also as one of the first editorial boutiques in Chicago to embrace non-linear editing.  After closing NuWorld in 2001, Carr partnered with another editing legend, Larry Bridges, joining the Chicago office of Red Car, where he remained until the company closed in 2013.

Over the years Carr edited ads shot by the industry’s best known and most sought-after directors, from Joe Pytka and Bob Giraldi to James Gartner, Leslie Dektor and Steve Horn. His work on campaigns like “The Night Belongs to Michelob” and Levi’s “501 Blues” set visual trends that influenced advertising for years afterwards. Locally, he helped make the Illinois Tourism ads warm and inviting, and he had a deft touch on numerous McDonald’s ads.

Doug Behm, group creative director at mcgarrybowen, met Carr back when he was a junior creative at DDB, and recalls being somewhat starstruck about working with him at first. “Bob cut commercials that I was in awe of,” he recalled. “I was drawn to him, and we talked quite a bit. I learned about the business from Bob.”

Behm worked with Carr throughout his career, and even lent a hand in the launch of NuWorld, designing the studio’s logo. What impressed him the most about Carr, he added, is that “he wanted to know about the idea before he thought about the edit. He asked us what we were looking for in terms of emotions or responses.” Behm says he could even call Carr if he was having a problem nailing the cut when working with a different editor, “and Bob was always able to help talk me through it. I appreciated and respected him for his ability to do that.”

“The most important lesson Bob taught me was to look at editing as a craft, not just operating equipment and making clients happy,” says editor Jan Maitland, founder of Utopic, who worked with Carr while at Optimus and who stayed in touch with him throughout his career. “He lived and breathed editing, and shared it with all of us. He saw tremendous value in coming up with a great idea or solution, and then executing on it.”

As an editor, Maitland says Carr succeeded for many reasons. “Bob was very succinct in his approach to storytelling, and very in tune with his empathetic nerve,” Maitland notes. “He had a knack for pulling things out of the footage that would resonate with viewers, and he’d always get right to the heart of the narrative. And that was at the root of his talent as an editor – he was all about the story, and he took this very seriously. Only when the narrative thread was set would he start polishing it visually.”

And he did it, Maitland adds, quickly: “He’d get to a better story, more fully realised, faster than anyone. He was very confident in himself, and clients knew it. And he wasn’t shy about pointing out the contributions he’d made, which were all related to the importance of the editor. It helped that he had the awards to back this up.”

Former NuWorld partner Michael LaBellarte says another quality that set Carr apart was his focus on the craft of editing. “He was very detail-oriented, but also passionate, and he was always pushing – with talent, with technology and with creativity,” he recalls. “Our clients saw that in him, and that’s a big part of what made him so successful. It’s why I enjoyed being his partner.”

Carr’s entrance to the Hall of Fame seems like a foregone conclusion to many who knew him well. “He really was all about executing the idea, and not just editing,” says Behm. “And once you got him interested, he was all in, and would stick with it as long as you wanted to. He had a passion not just for the job, but for the industry itself.”

Indeed, he was an active participant in championing the post production industry in Chicago, notes Craig Lewandowski, editor and partner at Utopic, who worked under Carr as an assistant at NuWorld: “Bob was a huge proponent of AICE, and was one of the people who helped launch the association. He was super-invested in the business, and always willing to talk about the craft of post production.”

Adds LaBellarte, “Bob made the editing of commercials much bigger than it had ever been. He made it above the line, and elevated the role of the editor.” Beyond that, Carr also made himself indispensable to his clients: “When you hire an editor, they become part of the creative team, and their contributions are integral,” LaBellarte continues. “Bob was a valued member of the creative team.”

Behm, among others, described Carr as being a “Chicago guy,” and explained there was more to this honor than being at all the Bulls championship games (as they often were): “He’d challenge you, in a respectful way, and he believed in his point of view,” Behm added. “He kept me inspired about creative ideas and about the work.”

The Hall of Fame induction is a fitting tribute to a man who was drawn to the business on numerous levels, notes Carr’s son David. “He always said he got into editing because he liked commercials. He was fascinated by the technical side of it, and he loved to craft stories.” As for being inducted into the AICP Post Hall of Fame, he adds, “I think my dad would be really proud.”