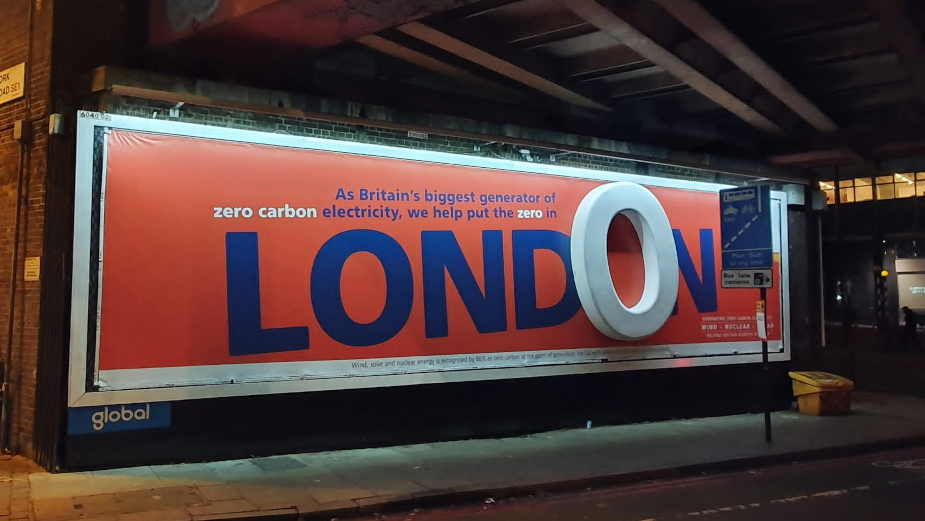 Havas is the lead agency for a new campaign for EDF which showcases the ways in which the energy giant is helping Britain to achieve its Net Zero targets.

The Out-of-Home campaign runs across Glasgow and London to coincide with COP26, which started on 31st October.

The campaign will continue until 18th November in both cities, with eye-catching creative showcasing the fact that EDF, as Britain’s biggest generator of zero carbon electricity, is helping Britain achieve Net Zero.

Working with Havas Media, Havas London and out-of-home specialist, Talon, EDF is ‘putting the Zero in Glasg0w’ with a giant mural, taxi wraps, billboards and six-sheets along the routes to and from COP26 - targeting attendees of the event which is being hosted to discuss global action on climate change. 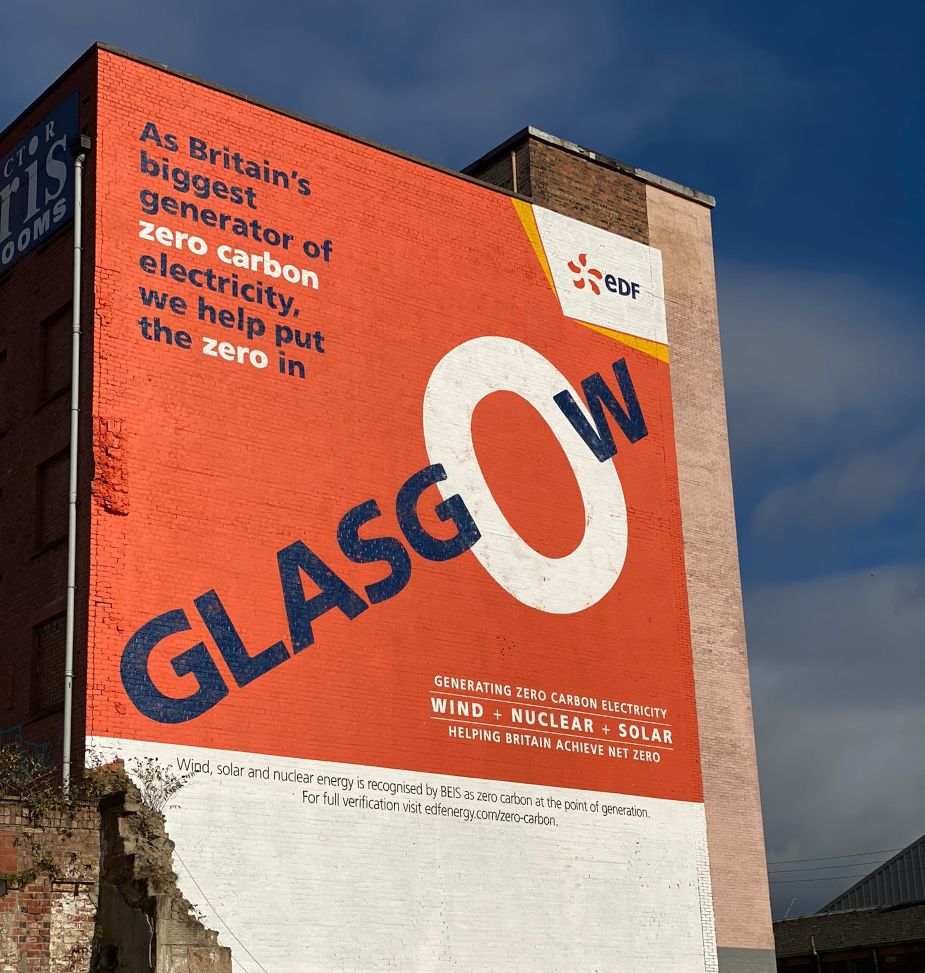 EDF will also take over Global’s Waterloo domination sites with 3D ‘Zero’ billboards outside Waterloo station; again coinciding with COP26 to further raise awareness in the capital of EDF’s dedication to generating Britain’s zero carbon electricity and showing how, as Britain’s biggest generator of zero-carbon electricity, EDF is helping put the zero in both Glasg0w and L0ndon.

The campaign will be complimented by paid digital activity taking place across LinkedIn, Twitter and programmatic advertising to target people with an interest in energy, climate change and the environment, using similar creative.

Kate Woffinden, EDF’s brand campaign manager, explains: “As Britain’s biggest generator of zero-carbon electricity - generating electricity from wind, nuclear and solar - EDF’s aim is to put low-carbon energy on the agenda. With the need for reliable low-carbon energy being thrown into the spotlight in November, as the eyes of the world turn to Glasgow, host city for the United Nations Climate Change Conference (COP26), we wanted to make a bold and impactful statement about how we are getting involved.”

EDF is building two new nuclear reactors at Hinkley Point C, the first in a new generation of nuclear power stations in Britain providing zero-carbon electricity for around six million homes. Marking a significant milestone in the revitalisation of our nuclear power industry, Hinkley Point C will make a major contribution to the Britain’s move to reduce carbon emissions. The electricity generated by its two EPR reactors will offset millions of tonnes of carbon dioxide emissions a year over its 60-year lifespan.

Havas Media’s Patrick Affleck adds: “COP26 will be the biggest international summit the UK has ever hosted; bringing together more than 30,000 delegates including heads of state, climate experts and campaigners to agree co-ordinated action to tackle climate change and achieve a net zero future. Many believe it will be the world’s best and last chance to get climate change under control. At this critical time, we are delighted to help EDF showcase the role it is playing, with an impactful campaign that will capture the attention of the world’s leaders as well as all who pass these key out-of-home sites.”

Havas is the lead agency, using Havas London for creative and Havas Media for media planning and buying. 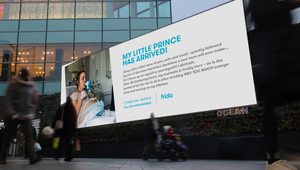