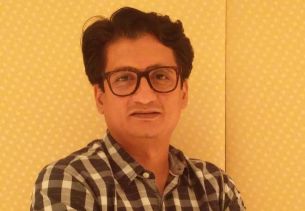 “With the communications and marketing landscape changing dramatically over the last several years, we are firmly committed to expanding our creative offering, both in scope and in ambition,” said Robert Holdheim, chief executive officer of SAMEA, Edelman. “Sachin will oversee creative teams across SAMEA. With his tremendous global experience, we expect him to have an immediate impact on behalf of our clients across the region.”

Edelman India has a large multi-disciplinary creative team that focuses on creative insight, planning and platforms to look at 360 degree integrated campaigns. The team includes strategic planners, ethnographers and researchers who deliver insights-based counsel. This is brought to life by content specialists, art directors, designers, illustrators and copywriters, delivering fresh thinking around big creative concepts and media-agnostic ideas that lead to business outcomes.

Talwalkar has over 16 years of industry experience having worked across agencies and geographies, most recently at Commonwealth/McCann in Mumbai where he served as executive creative director (APAC) since May 2012. He began his career as art director in 2000 with BBDO Dusseldorf in Germany and has since worked with Saatchi & Saatchi (Milan), onesingleline.co.uk (his own agency in London) and Contract/JWT (New Delhi).

Commenting on his appointment, Talwalkar said, “Today’s media landscape is evolving rapidly and, in the process, the roles played by PR and marketing firms have begun to blur. By collaborating across Edelman, the creative team can play a critical role in elevating the overall creative offerings and solutions for clients. I am excited about working with Edelman, which not only has a rich history but also a forward-looking vision for the business."

In January of 2016, Talwalkar took a break from advertising to pursue some of his passion projects. He wrote and directed his first Marathi short film, "To Jod" (That Pair) which got featured at the Short Film Corner at Cannes Films Festival 2016. Since, he has moved to finishing his other two scripts.