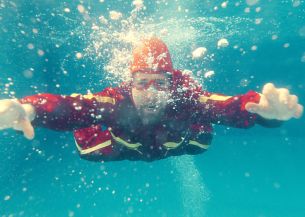 Director Ed Sayers together with his company Seven Productions is to join the JW Collective, which was formed by Jane White earlier this year to foster unique and innovative production partnerships within the creative marketing industry.

Ed offers a unique skill-set as a director drawing on varied past roles in both agency and production company sectors, including as Executive Producer and Director, at companies such as Saatchi & Saatchi, Mother, Blink and Godman.  He has been directing through his own company Seven Productions for the last three years allowing him to offer a direct, personal service to all of his clients.  Ed's recent directing includes work for brands such as Ikea, Renault, Sony, Jameson and Tesco Mobile.

Jane White, founder of JW Collective says, "We've formed a unique group of smart production creatives, who share a mind-set for exploring fresh and future-facing ways of delivering their craft.  We’re so happy that Ed has joined us, he's genuinely one of the most dynamic, talented and connected people in our creative community and he will bring bundles of energy and resource to our collective partnerships”.

Ed's worldwide Super 8 film competition 'straight 8' which holds its premieres at both the Cannes Film and Advertising Festivals, has just completed a hugely successful 2016 programme.

Ed’s work with elevenfiftyfive includes both creating content for, and shaping, the Jameson First Shot global short film competition, which is a successful collaboration between Kevin Spacey, Dana Brunetti and Jameson Whiskey.

Ed Sayers adds, “Seven Productions wants to do great work, in flexible, new ways.  We produce content for diverse clients from our 'shed-quarters' in Camden.  For each project, we gather a bespoke team of top, super-motivated people from a network that extends all over the world.  Having seen how far it's come is fantastically exciting and so Jane and the JW Collective are the perfect fit as we explore what else the future may hold."