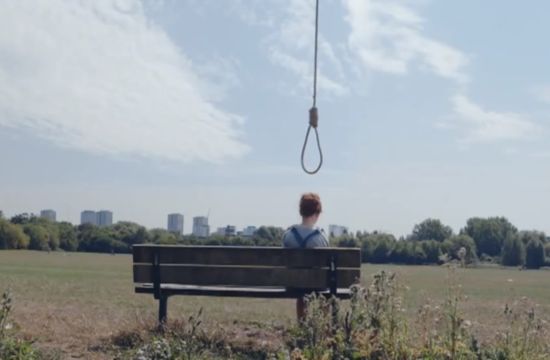 Award winning production company Rattling Stick and the UK’s only cyberbullying charity The Cybersmile Foundation have joined forces to raise awareness of the ever growing threat of online hate and bullying through the power of film.

The harrowing film ‘#DONTRETALIATE’ launching 13th September, imparts with a single-minded and compelling piece of advice to young people in the hope of reaching potential cyberbullying victims with a lifesaving message.

In the UK alone, alarming statistics reveal that more than one in three young children have experienced threats online, and one in four admit that these threats have continued. The powerful and serious film focuses on moments in a typical cyberbullying case and aims to encourage young people not to retaliate under any circumstances, highlighting how doing so can lead to tragic consequences.

The Cybersmile Foundation offers extensive advice to those dealing with cyberbullying, and as the first piece of practical counsel offered by the charity, this film will mark the beginning of a series of communications activities each designed to focus on a different area of guidance.

The Cybersmile Foundation founder, Scott Freeman comments: “Do not retaliate is the single most important piece of advice that we can give to a potential victim of cyberbullying."

If followed, the advice helps to reduce anxieties and allows for clearer thinking at a time when somebody is making a very real, life or death decision. During production of #DONTRETALIATE, there were three cyberbullying related suicides in the UK. We just hope that the film is well supported and reaches the people that need to see it. If this film saves just one life, it has all been worthwhile.”

Rattling Stick’s President Johnnie Frankel comments: “Whilst watching Comic Relief earlier this year I was profoundly affected by a piece on the tragic suicide of a teenage boy who took his life after being bullied online. The picture his brother painted of him as a charming, uncomplicated, friendly, confident, teenager made the fact that he ended his life after being bullied over the computer so shocking. As a renowned production company with a wealth of talent, I felt we were very well positioned to help highlight this problem.

“I challenged my directors’ with the task of writing and directing a piece for Cybersmile. Ed Morris came up trumps with a brilliant interpretation, which has ended up on screen as a powerful and moving piece that I really hope resonates with Britain’s teenagers.”

Cyberbullying in the UK statistics:

- 80% of teenagers use a cell phone regularly, making it the most popular form of technology and a common medium for cyber bullying

- 25% of young people have admitted to receiving repeated abuse through their mobiles and interestingly, girls are twice as likely to experience persistent cyber bullying

- 11% said it made them depressed and 3% attempted suicide If we look at the problem on a global scale, statistics show that:

- Of the 69% of teens that own their own computer or smartphone, 80% are active on social media with 7.5 million Facebook users being under 13

- 3 million of these children, per month, are absent from school due to bullying.

In the US specifically, tragically 4,500 teens commit suicide each year and statistics show that children who have been cyberbullied as well as ‘traditionally’ bullied, are three times as likely to attempt suicide than those who have not.

The Cybersmile Foundation is the only dedicated cyberbullying charity indicating how little is known about this silent killer and why it is so important that those who fall victim know what to do and where to turn.

The film was launched online on 13th September at www.cybersmile.org.