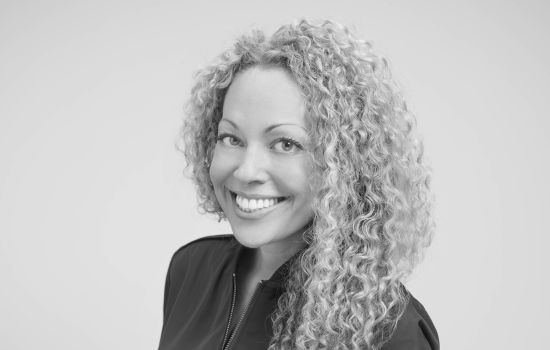 FCB Chicago announced Ecole Weinstein will be joining the agency beginning May 15th as EVP, Executive Creative Director. Weinstein will be reporting directly to Liz Taylor, Chief Creative Officer of FCB Chicago, and will partner closely with Liz to continue to elevate the creative work and foster a culture of creativity across the agency.

“I have been following Ecole’s work for the past few years and was continuously impressed by her ability to deliver truly big ideas and craft them in fresh, unexpected ways. Her desire to create work that makes a mark on culture and her passion for partnering with clients to ensure that this work drives their business will be integral as we continue our pursuit of legacy-making, equity-building ideas for every client in the building,” said Taylor.

Most recently named one of Business Insider’s 30 Most Creative Women in Advertising, Weinstein is a fearless creative leader who pushes for work that people want to talk about. This past November, Weinstein was behind Hefty’s highly publicised effort to eliminate the political ads dominating the media landscape. Leveraging the simple line, “This political ad was trashed thanks to Hefty,” this digital campaign replaced all political ads on sites including CNN, Fox News, AOL and the Huffington Post.  To help raise awareness for breast cancer and encourage men and women to #CheckYoSelf, Weinstein created an art installation featuring 3ft latex spheres painted to look like breasts, and invited people to simply come in and play with them.  Partnering with Reynolds, and capitalising on the hype leading up to the World Series, Weinstein disrupted the traditional sponsorship conversation with an old-fashioned bet.  If the Cubs won the World Series, Reynolds would change the name of their product to Rizzo Wrap after famed 1st baseman, Anthony Rizzo.  The rest is history, with the limited edition Rizzo Wrap hitting stores this summer.

“When thinking about my next role, I wanted to land at an agency that would give me the opportunity to bring my own unique point of view on creativity to the work and the agency at large,” said Weinstein.  “FCB Chicago has a lot of positive momentum and I am looking forward to partnering with Liz on what’s next.”

Weinstein joins FCB Chicago from Havas Worldwide, where she held the position of Group Creative Director and led work for Hefty, Reynolds, DISH, Moen, Sauza Tequila, and Effen Vodka.  Her work has been recognised in numerous award shows including the One Show, Art Directors Club, and AICP, and has been featured in Forbes, Fast Company, The New York Times, CNBC and the Wall Street Journal.