Awards and Events 860 Add to collection 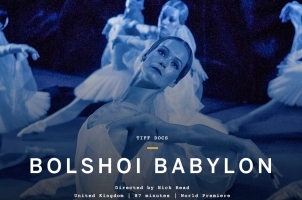 Directed by Nick Read, the acclaimed Director of The Condemned, Slum Dog Children of Mumbai and Return to Tiananmen Square, and produced by Simon Chinn, the double Academy Award-winning Producer of Man on Wire and Searching for Sugarman, Bolshoi Babylon is a unique cinematic experience that follows the dancers and managers throughout the 2013/14 season as the ballet tries to recover from the brutal attack on its artistic director, Sergei Filin.

Perceived by many as Russia’s national treasure, the Bolshoi Theatre hit the headlines for all the wrong reasons following the horrific acid attack which plunged the company into crisis. As an iconic and intriguing Russian symbol, the government is protective of its image, making the access gained by Read even more remarkable.

Indeed for the first time in its long and fascinating history, the Bolshoi Theatre opened its doors allowing the Director fully uncensored backstage access as the ballet company recovers from the devastating attack.
This unprecedented openness reveals the personal and political divisions within the ballet as it attempts to regain its status as the world’s leading dance company. 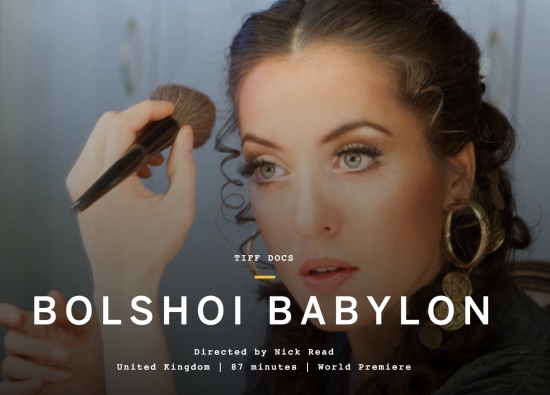 Composer Simon Elms, of Eclectic Music, comments: “It’s taken a year to edit the film so it’s been a labour-of-love and a huge project to be a part of. The main challenge when writing the score was to be dramatic and descriptive but above all contemporary whilst remaining sympathetic to the Bolshoi’s history and traditions throughout.”

For Director Nick Read, the orchestral score was crucial: “The importance of creating a coherent and vibrant soundscape was vital to me. Simon and Colin not only composed the score but were also very much involved in the sound design along with Greek Street Studio’s dubbing mixer Dan Weinberg.”

Smith & Elms have previously worked with Read on The Condemned, a feature length look at Russia’s most impenetrable and remote maximum security prison; Penal Colony 56.

The film premieres at the Toronto International Film Festival on September 16th and will air on HBO in the USA on December 14th. It will also be in cinemas in the New Year and will air in the UK on the BBC in summer 2016.