Eclectic's battle of The Bands - Part 2

229 The Venue was packed to the rafters once again last Wednesday for part two of Eclectics Battle of the Bands, in conjunction with Little Black Book......... 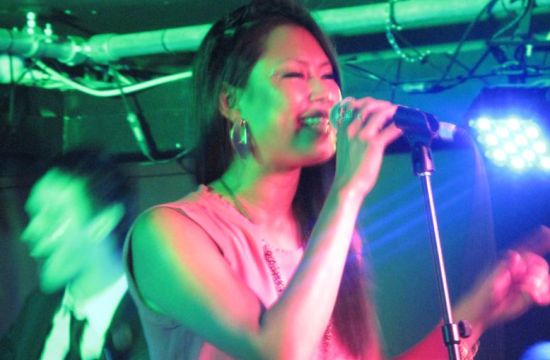 229 The Venue was packed to the rafters once again last Wednesday for part two of Eclectic’s Battle of the Bands, in conjunction with Little Black Book.

Following the display of talent last week, tickets soon sold out, paving the way for another corker of a night. Four bands were out in force, with ‘The 151’ representing AMVBBDO, ‘Hijackers’ for DDB, Saatchi and Saatchi’s ‘Louder and Louder’ and battling for Primefocus was ‘Attractive Package’.

The 151 came to the stage first, suited and booted. This soul septet got the crowd grooving immediately with openers “Long Train Runnin’” by Doobie Brothers and Wild Cherry’s “Play That Funky Music”. Accompanied by the damning saxophone solos, lead singer, Kim’s powerful voice rolled these out with ease, flowing superbly into the band’s rendition of “Don’t Stop Believing” by Journey.

With a quick changeover of vocalist they then brought some noughties funk to proceedings with Cee Lo Green and Scissor Sisters covers to conclude their set. Due to the crowd’s demands for ‘more’ The 151 treated us to Amy Winehouse’s version of The Zutons’ “Valerie”, setting the bar very high for the rest of the night’s performers.

Next, bringing Wembley to 229 was Attractive Package, competing with last week’s entry ‘Provenance of Squid’ for best name, with their collection of epic stadium rock.

They were the best-dressed people in the joint, complete with tights, capes, big wigs and neon testicle lights! The fun began as soon as they made their entrance and their awesome stage presence, which included a hefty amount of groin thrusting and just a snippet of bum jigging, revved up the crowd.

But, I don’t just want to make Attractive Package sound like a joke band. These boys can definitely play, as they showed the crowd with tracks, such as “Stairlift to Asda” and “Doing the ‘Our Father’”. Packed full with ‘totally awesome dude’ guitar solos and shouts of “When I say ‘Attractive’, you say ‘Package’!” followed by high-pitched howling, they had the crowd frenzied for the whole gig.

After a small scare due to their drummer having to fly in from Milan, Hijackers made it on third. They brought with them a range of hits from all ends of the rock spectrum, including covers of crowd favourites “Are You Gonna Be My Girl” and “Highway To Hell” by Jet and AC/DC respectively.

Smashing through their set, tune by tune, it was all about the music. There was little communication with the crowd, but the frontman’s energy and constant headbanging mixed with the subtle, but very prominent guitar made for a compelling set. It was suitably rounded off with ultra-popular hit “Sex On Fire” by Kings Of Leon, always perfect for a sing-along.

Last, but definitely not least, was Louder and Louder. Three guys and a female vocalist, they started with The Patti Smith Group, the frontlady not looking out of place re-enacting the ‘Godmother of Punk’, as Patti Smith became known.

Louder and Louder threw out some classics while writhing around on stage and proclaimed at one point: “we might need your help with this one”, getting everyone properly involved. Their mixture of tracks included Joan Jett’s “Bad Reputation” and “Psycho Killer” by Talking Heads, all mixed with their own superb tracks.

It was, again, the end to another awesome night and another round was done and dusted. So, now with the just the final to go this Thursday, make sure you log on to the ‘Eclectic’ Facebook page (http://www.facebook.com/pages/Eclectic-Sounds-Ltd-/113147095374003 and check out the talent!! See you Thursday, at 229 The Venue for the final.