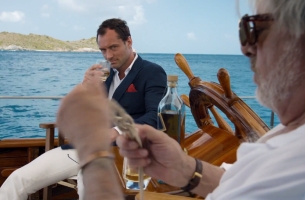 Eclectic Music is delighted to kick off the awards season by receiving a number of award wins and shortlists nominations.

The Clios, which took place in New York in September, awarded Bronze for Best Use of Music to Johnnie Walker’s ‘The Gentleman’s Wager’ film. The music for the film, which stars Jude Law and Giancarlo Giannini, was composed by Eclectic’s Smith & Elms who were charged with putting a contemporary spin on the classic party dance The Madison.

The esteemed APA chose another Eclectic project, Kenco’s epic Coffee vs Gangs spot, as a selection for their ‘APA Top 50 of 2015’. The film features an original composition written and composed by Eclectic which is performed by Honduran rappers Sucio and Dana Che.

Eclectic’s Simon Elms comments: “Eclectic is about making waves in bespoke composition, music supervision and consultancy for both long and shortform work, so to be recognised by the Clios and the APA for our efforts is fantastic, and we’re delighted to have worked on such incredibly creative projects.”

It was announced on Tuesday that Eclectic have received a nomination in the Best Original Song category at the 2015 LIAs for the company’s work on Euronics’ ‘More Manpower to You’ spot, with winners to be announced on November 10th.