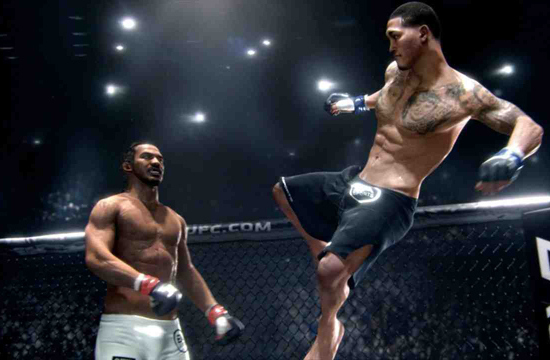 Modus Operandi, in collaboration with client EA SPORTS, created an expansive campaign for the announcement of The EA SPORTS IGNITE Engine and the next generation of EA SPORTS games. The trailers and other action-intensive media starred at E3 and are exciting gaming audiences everywhere. Central to the challenge for Modus Operandi was to authentically highlight a never-before seen experience through the first look campaign.

"It's been an honor" said Modus Operandi's Chief Creative Officer Aaron Sternlicht. EA SPORTS has continually set the standard in visual fidelity and game play year in and year out. The dawning of a new era of technology offers a tremendous opportunity for us to tell this story. We worked hand in hand with EA SPORTS Art Directors to get the fidelity exactly right, while also still focusing on exciting storytelling and beautiful branding. EA SPORTS lives and breathes innovation and we were thrilled to collaborate on a campaign to tell this story.

The EA SPORTS IGNITE engine consists of a suite of cross-game technologies aimed at bringing sports to life with incredibly realistic virtual athletes and environments. In upcoming titles like Madden, FIFA 14, NBA LIVE and UFC, characters will behave with more life-like precision and intelligence than ever before, with environments that are dynamic living worlds. To authentically highlight this evolution of gameplay, Modus Operandi designed and produced the EA SPORTS IGNITE Premiere Trailer and the EA SPORTS UFC E3 trailers, using animated game assets for an authentic, dynamic aesthetic. Modus Operandis creative team scripted narratives around the highly anticipated titles, shot interviews with these star athletes, defined and developed branding for FIFA 14 and the IGNITE visual identity itself, while also creating a series of brand new EA SPORTS Brand Ids across its suite of titles to help issue in this new evolution. For the beautifully crafted CG trailers, Modus Operandi partnered with visual effects production company MPC to create the dynamic CG animation and visuals.