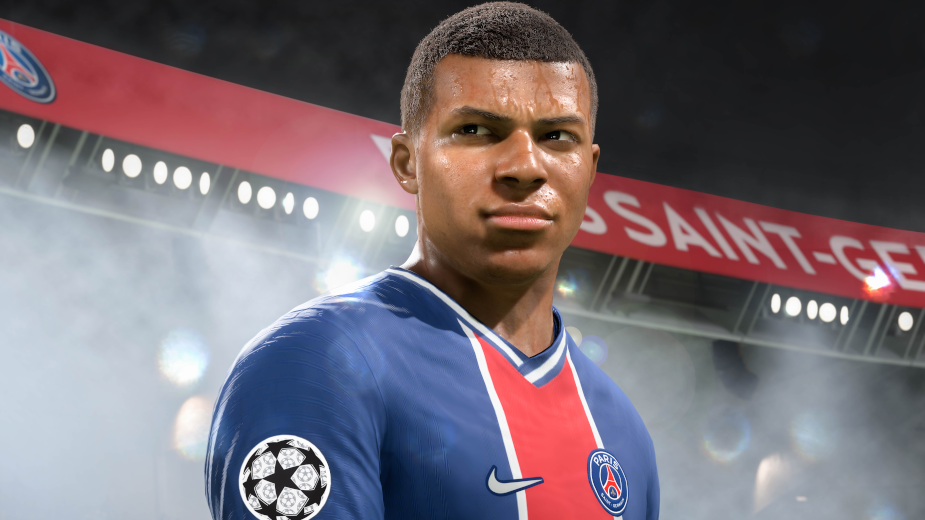 EA SPORTS FIFA 21 and its next generation console features are showcased in a major new campaign created by adam&eveDDB, in a collaboration with the in-house cinematics team at EA SPORTS.

At the heart of the campaign is a 90-second film which brings to life the visceral experience of FIFA 21 on next generation consoles, from the hair strand textures of players to the hugely atmospheric pre-match experience at Anfield.

There are five further films, running 30-seconds, each of which is inspired by one of the greatest players in the game right now, and highlighting one of the next-level aspects of FIFA 21 on next generation consoles. Mbappé, the lightning-fast PSG and France forward, for example, inspired the film ‘Next Level Speed’, while Brazil and Real Madrid forward Rodrygo is featured in the ‘Feel Next Level’ film, which highlights PS5’s trademarked DualSense haptic feedback.

The three other players to feature are: Trent Alexander Arnold in ‘Next Level Atmosphere’, for the game’s immersive pre-match live capability; Erling Haaland in ‘See Next Level’, highlighting the enhanced detail provided by LiveLight rendering; and João Félix in ‘Move Next Level, which shows how EA SPORTS GameCam lets players track every move.

Creative duo, Genevieve Gransden and Selma Ahmed from adam&eveDDB, wrote the scripts for all six films and they were brought to life in a collaboration with director Finn Keenan at Riff Raff and the EA cinematics team, as well as VFX support from post house MPC.

The films all use game engine footage meaning that, unlike some other campaigns, audiences actually get an idea of exactly how FIFA 21 looks during play.

Mat Goff at adam&eveDDB, said: “When we saw previews of next gen FIFA 21 we were blown away with how next level the action is. It goes further than ever to get players fully immersed, and we committed ourselves to conveying this incredible experience to gaming audiences. It’s all about the players – the stars on screen and the gamers who give them life in FIFA 21, and that is where we got our inspiration.”

Paul Marr, sr. director and head of creative at EA Sports, said: “The amazing feeling of FIFA 21 on next generation consoles is something that’s challenging to communicate; it needs to be experienced. In a year where we couldn’t get our fans hands on the game ahead of launch, we knew we needed to show them just how visceral and immersive the game has become. With the help of our partners, we went deep on game innovation and created a full campaign that shows the depth of all the ways FIFA 21 can make you feel next level.”

Finn Keenan, director at Riff Raff, said: “I spent most of the first half of lockdown playing FIFA so when this job came in I was able to chalk it all down as ‘research’. Seeing the EA SPORTS team turn our storyboards into the insanely realistic animation was so exciting. And it was great working with Gen and Selma at adam&eveDDB creating the more surreal moments throughout. MPC did an amazing job on working these sections into the action seamlessly. I got to spend a couple of months sitting at home thinking about football and watching amazing VFX artists bring it all to life. What more could you want?”

Kamen Markov, VFX supervisor at MPC, said: “FIFA on next generation consoles challenges the way content is now crafted and consumed. From the speed, to the sensation, to the sound, everything is now bigger and better than ever. When players dive into this new generation video game they are met with breathtakingly detailed experiences. It’s been an honour to work on a project that immerses you into a real time interactive experience that blurs the lines between the virtual and real worlds of football.”

Dan Beckwith, creative director at Factory Sound, said: “From the initial brief, we knew that sound was going to be a huge part of these films - each player has a unique set of skills. To get these different personalities across, we created individual sound palettes from which to paint the "moment". The crowds (recorded at each stadium back in the day where 80,000 people were allowed in) ebb and flow, creating tension and drama. The end result is immersive, dynamic and exciting - one we're super proud of.”

'The Blinding, by Jay Electronica 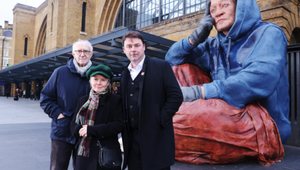