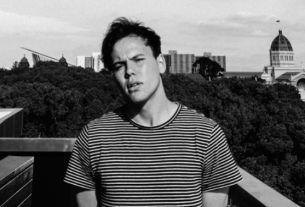 Sydney based film director, Dylan Duclos has joined Papaya Films for UK representation. Dylan works primarily in commercials, but also has an astonishing music video reel and develops his own short films. He is widely known for his ability to translate the values of art and design seamlessly into commercial works.

Spending his first formative years as a film editor, Dylan has a perceptive intuition for film construction and ultimately – craft. This is paramount when considering his innate understanding of aesthetics and the way they function in a commercial sphere.

Dylan’s body of work is representative of both a high level understanding of cinema and a masterful handle on the practicalities of film craft. Representing a fresh set of artistic values - indicative of the new wave of contemporary filmmaker - Dylan has a solid, unparalleled reputation for bringing a stylish, cinematic modernity to every project he engages with.

Dylan’s distinctive stylistic compass has consistently steered him towards work motivated by heightened reality, conceptual worlds and an exploration of the surreal. His films have garnered significant notoriety globally through multiple Vimeo Staff Picks and a slew of commercial Craft awards.

"We are super excited that Dylan decided to join our roster of talented directors. His ability to design breathtaking frames is second to none. Every single shot of his films is so meticulously art directed, it’s unbelievable. We are looking forward to working with him on the oncoming projects," says Wojtek Skiba, Papaya’s EP.