Dutch Renaissance: How Amsterdam Bounced Back From Recession Thanks to Creativity 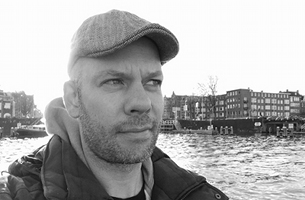 Around 2008 The Netherlands was hit by the global economic recession, crashing the housing market, sending many companies to bankruptcy and resulting in high unemployment. Despite these tough times, this recession was actually a blessing for us and is why we are now experiencing a new Amsterdam renaissance.

Companies that downsized during the recession are now coming back even stronger than ever. They were forced to figure out how to run their business smarter, leaner and more efficiently. And those who were made unemployed developed a new hunger, with many of them successfully opening up creative shops of their own or going on to do great things at existing companies when they picked up again. The fight is back in Amsterdam.

For the Glassworks network, the recession gave us the opportunity to show our true capabilities. We expanded from VFX to becoming much more hybrid, taking on everything from live action shoots to installations and showcasing our ‘in-house directors’ both locally and abroad, winning awards in the process.

Now in 2015, positivity is definitely in the air. Big global brands like Johnnie Walker, Axe, PlayStation and Chanel have recently found their home and creative partners here in Amsterdam, further reinforcing the caliber of world-class global talent in Amsterdam.

It’s also refreshing to see that it isn’t just the ‘expat shops’ that are successfully pulling in global business. Local indie shops like MediaMonks and Achtung are also growing into powerful companies as they expand their client base beyond just Holland.

I am often asked why Amsterdam is such an amazing city for developing global creative work. The answer is often overlooked. It is simply because of its size. Holland is a small country with many boarders. The Dutch historically had to be mindful of our powerful neighbours, since our economy and peace depended on it. As a direct result, we Dutch speak many languages and understand cultural differences better than others. This type of open and collaborative environment enables us to attract highly creative expats to our city, and it’s this melting pot of locals and expats that provides a great foundation for executing truly global campaigns.

With the influx of international brands and Dutch brands like Heineken going from strength to strength, there is a constant stream of new talent attracted to Amsterdam. It makes the city even more buzzing and creative but also more competitive, keeping everyone on our toes as we constantly strive for better ways of working – both creatively and financially.

And it’s also true in Holland that production budgets are nowhere near as juicy as they used to be and that we have to fight to get jobs harder than ever before. But if there is one thing that the recession has taught us, it’s that we don’t always need these juicy budgets to make great work. It’s about being smart, collaborating closely with clients and ultimately if we think creatively we will always nail it.

So in answer to your question, no we haven’t completely recovered from 2008. But if a situation such as Greece goes pear shaped again, I know that Amsterdam is ready to fight our way through it and come out even creatively stronger again.