A petty thief with a flair for ball play misses a crucial shot, in this new feature-style commercial from DDB Unlimited 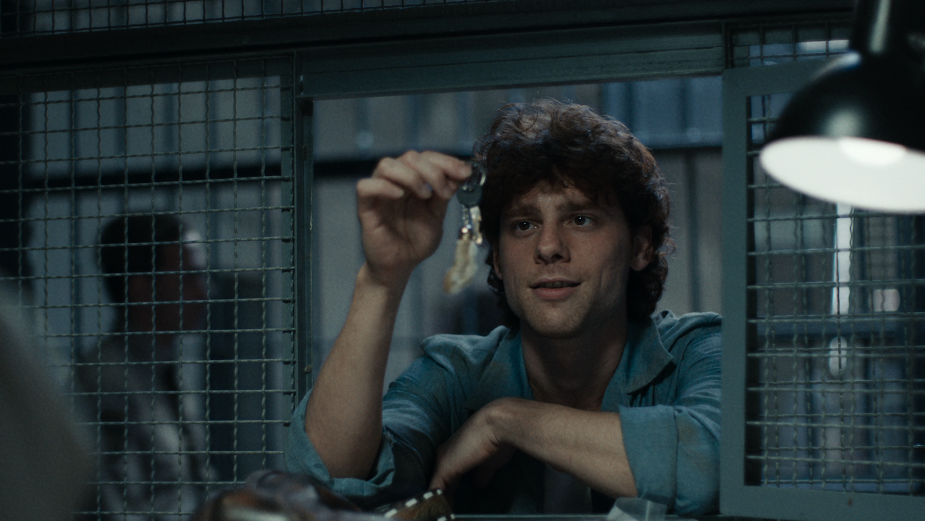 Amsterdam’s DDB Unlimited launches ‘Freedom’: the 61st commercial in one of the Netherlands’ best-loved and longest-running ad series ‘Just call us’ which started in 1985.

The campaign series is legendary in the Netherlands and beyond for its high production values and wit, portraying humorously unexpected and unfortunate situations in a feature movie style. It aims to prove that whatever disaster occurs, and what help is needed, customers only have to call the insurance company Centraal Beheer, based in the Dutch city of Apeldoorn.

Demonic cuckoo clocks, runaway speedboats, and now for 2021 a badly timed mis-throw from an ex-convict – no matter the crisis, the punchline is the same: ‘Just call us’ (Even Apeldoorn bellen). It’s a formula that just keeps giving, in the decades since the series’ popularity rocketed Centraal Beheer into the top three most well-known insurance companies after just two years.

Over the past decades, the iconic campaigns – featuring the Titanic, mice, soccer players, jewel thieves, UFOs, and even Bill Clinton – have been awarded multiple times at the Cannes Lions Festival. The last ‘Just call us’ ad was in 2017, so this is the first one for four years.

The new film ‘Freedom’ shows a slightly overconfident petty thief whose cocky habit of tossing objects with an NBA-style flair comes back to bite him. Just released from prison, his skills let him down at an extremely regrettable moment.

DDB Unlimited’s chief creative officer, Aad Kuijper, says: “The ‘Just call us’ ad series is one of the longest running series in Dutch advertising and arguably it defines the genre. In fact, the reason why I started at DDB in the first place, all those years ago, was because I completely loved these commercials. We’re happy to continue the tradition and bring back the Netherlands’ best-loved ad line again for the first time in a few years.”

The commercial – shot in Spain – was directed by the internationally acclaimed film and commercial director Matthijs van Heijningen Jr, who directed award-winning commercials for Kia (Hero’s Journey featuring Melissa McCarthy), Peugeot (The Sculptor), and Canal Plus (The Bear). The soundtrack of the film is “Bad To The Bone” by George Thorogood.