Durex & Havas Worldwide London Get to the Bottom of Safe Sex

In a new campaign created by Havas Worldwide London, Durex challenges the myth of social stigma around condom use, revealing a fundamental misunderstanding between the sexes. The wider campaign corrects misconceptions around STIs and unplanned pregnancy, combating the belief that they don’t happen to ordinary people.

In the leading ‘When it’s on it’s on’ film Durex asks young men and women separately about how they feel about condom use, uncovering that girls often feel boys won’t want to use a condom and that it might ruin the moment. In contrast, the boys view girls suggesting safe sex in a positive light, and as a sign of confidence. The fact that stigma around condom use is a myth is revealed, leaving viewers with the message that ‘confidence is sexy’, placing emphasis on women having a greater influence in the moment than they realise.

Research also revealed that young people feel more knowledgeable than they actually were about the risks of unprotected sex, and didn’t feel like it would happen to people like them. Further videos correct this misinformation, and unearth the impact of STIs and unplanned pregnancy on the lives of real people. The campaign is to be accompanied by a schools programme that will see Durex collaborating with schools and teachers across the UK to help them deliver honest and effective sex and relationships education.

Christian Sewell, Creative Director at Havas Worldwide London commented, “This campaign enabled us to understand the motivations of young people at the precise moment they make a decision about using a condom. It revealed that they may not always be on the same page, and that breaking down the wall between young men and women is the key to making safe sex the norm. Durex is the perfect brand to be championing this and arming young people with all the information they need.”

Mark Pearson at Durex commented; “Young people often have no idea what the opposite sex is really thinking, and by clueing them in we’ve unearthed a massive misconception. The message here is that suggesting using a condom can be sexy.” He continued, “We were also surprised to find that there were a lot of misconceptions surrounding the risks of not using a condom. It’s important to us as a brand to correct this, and provide a trusted source of information for young people.” 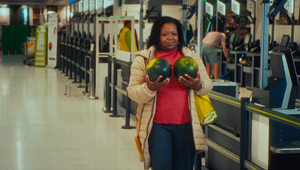