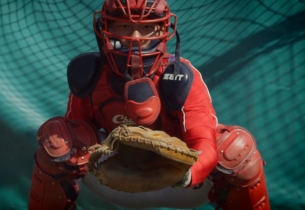 The award-winning Chinese documentary company commissioned a series of six films under the banner ‘Hopes and Dreams,’ aimed at exploring the aspirations of Chinese people from all over China, and of all ages and outlooks.

The Dunlop Goodrich ‘Hopes and Dreams’ film was written by Creative Director Dan Merry, and directed by Olympics filmmaker and Dunlop Goodrich founder Daryl Goodrich. The film features three different Chinese people whose lives have all been transformed by their passion for sport. The common narrative theme is that they are not necessarily sports stars, or at the top of their respective games, but their participation in their chosen sport has given them discipline, focus or a sense of family and belonging.

The three different people involved are a fisherman turned extreme marathon runner (who since filming has become a Chinese sensation - more of which in the release), a teenage baseball player, and the coach of a small synchronised swimming team, along with two of her pupils.  Dunlop Goodrich’s Hopes and Dreams film can be watched here.

Dan Merry, Creative Director & ‘Hopes & Dreams’ writer discusses the creative idea; “There are lots of documentaries about uniquely talented sports people already, and so we wanted to illustrate how sport affects everyday people’s lives – to demonstrate that it’s not just about competing at an elite athlete level. We just needed to find the real-life people who fitted the brief. Mandarin Films used a researcher to find us interesting characters who use sport to overcome difficulties, or to make their lives better.”