David Pastrňák of the Boston Bruins and T.J. Oshie of the Washington Capitals star in spot produced by Hornet 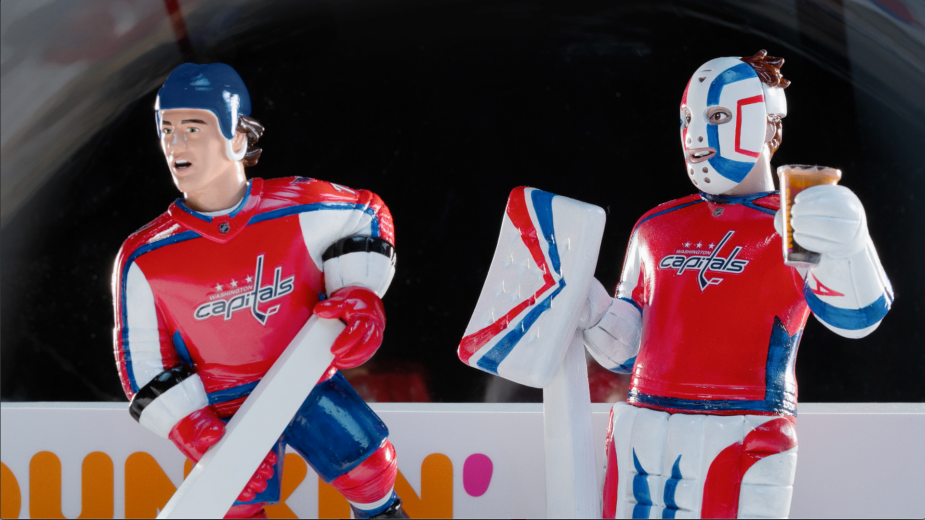 If you’ve ever wondered what NHL superstars David Pastrňák of the Boston Bruins and T.J. Oshie of the Washington Capitals would look like as bubble hockey arcade figurines, then look no further.

Debuted yesterday during NBC’s NHL broadcast, BBDO New York teamed with Dunkin' to launch the 'Inside the Bubble with Dunkin’' campaign. The Dunkin’ Cold Brew ad takes you onto the surface of the classic bubble hockey arcade game with Pastrňák and Oshie, highlighting some of the hilarious predicaments unique to the nostalgic game.

Both featured players also tweeted a tease of the ads last week.

The cutting edge campaign was developed by BBDO New York, along with production partners at Hornet who went to great lengths to make the players come to life, a creative alternative to getting the players together during quarantine. For example, the design teams developed nearly two dozen different, hand-painted heads for both Pastrňák and Oshie to bring their personal characteristics and facial expressions to life. With each frame taking approximately 6-8 hours to film to tell the story in a realistic way.