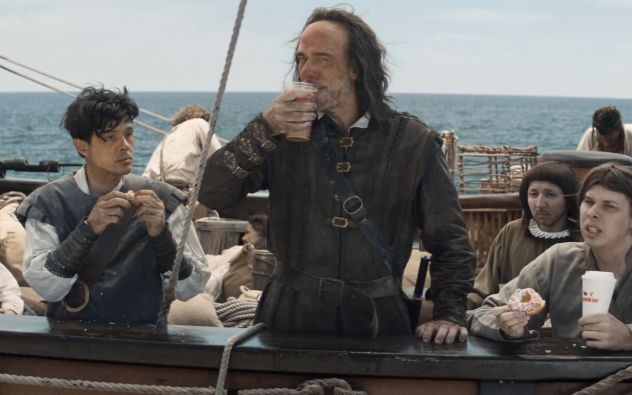 This weekend, Dunkin’ will debut its new work during the Grammy Awards. It leads with an epic spot, befitting one of television’s must-see programs, and shines the spotlight on the brand’s role in keeping America running.

The film, created by BBDO New York, is called 'Fuel Your Destiny'. Reaching back into Dunkin’s history, 'Fuel Your Destiny' speaks to both the company’s foundational coffee heritage and to its fun, optimistic, forward-looking personality that is at the heart of Dunkin’. It’s a cinematic and humorous tale featuring explorers at sea. One is weary and down because there’s no such thing as Dunkin’ yet. Thankfully, the Captain comes along with a gloriously rousing and stirring speech about the future and the potential they will realise - when fuelled by the hot and iced coffee of Dunkin’ - filling the entire crew with hope, inspiration and unbridled enthusiasm.

The film will run both online and off, in 60 and 30-second lengths, with the longer-length running on Dunkin’s social media channels. A social content series rounds out the campaign.