Duncan/Channon Lets Its Little Fans Out for New StubHub Rebrand 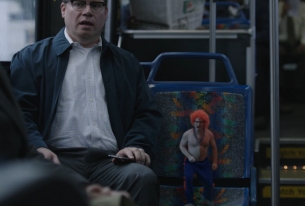 Following the unveiling of its new, streamlined logo this summer, Duncan/Channon is rolling out StubHub’s comprehensive rebranding now across ads, the app, brand book and more. The handiwork of the Duncan/Channon team, the new brand identity reflects the evolution of the StubHub brand as the company embarks on a dramatic repositioning to move beyond purely a transactional ticketing company.  The new look, feel and voice are representative of a now international brand dialing up its game with a rich and robust system.

The agency has also launched the first executions of the brand refresh. Called “Let Your Fan Out,” the work champions StubHub as more than a place to get a ticket you want, but rather a place that knows when there’s a ticket you want before you even know you want it. Even the busiest of people will find more opportunities to let their previously neglected inner fans out.