Due North: Is the US Administration Driving More Creatives to Canada? 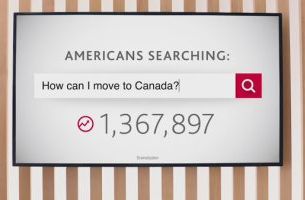 Donald J Trump has been the 45th President of the United States for only 73 days. Pretty remarkable when you think of the policies he has enacted, and subsequent uproar he has caused, in a little over 1700 hours.

His controversial ‘Muslim Ban’ has already seen an upturn in those seeking to move North of the border. Canadian Immigration lawyers have received an increase in calls from Americans and people in the U.S. seeking options to move out - many belonging to religious minorities, as well as members of the LGBTQ community.

While the movement of people affects all industries, US creatives have been dealt an additional blow by Trump’s recent proposal eliminating the National Endowment for the Arts, signalling a national cultural shift.

Conversely, his Northern counterpart has won the hearts and minds of us ‘liberal luvvies’ (a group I would happily identify with given the alternatives), and has demonstrated ‘an unprecedented commitment to Canadian arts and culture’. Justin Trudeau has pledged to invest nearly CAD 1.9 billion (USD 1.4 billion) in the nation’s arts and culture over the next five years to promote Canadian creativity both at home and abroad.

Given the stark difference in attitudes and policy, Air Canada’s prophetic ‘Test Drive Canada’ spot from JWT is fast becoming a realistic proposition.

With such hurdles facing global creatives, who have historically flocked to NY for work, should we expect the many Canadians that have moved south of the border to reconsider their location?

Mark Tomblin, Chief Strategy Officer at Juniper Park\TBWA thinks so. “I think it's already starting to happen in the university and tech sectors; we will likely follow. Though I don’t see this as an issue. TBWA is an open creative collective; one of our strengths is that we share talent across offices and markets around the world.”

Of course, the impact is not just to global creatives facing visa issues, but to native Canadians who had formerly sought to make the US their home. While they might have been happy to support their neighbours during a stressful election, as seen in The Garden’s ‘Tell America It’s Great’ spot, some are reconsidering where they call home.

Helen Pak, CCO at Grey Canada has seen an about-turn of Canadians in the US. “It’s interesting, there have been a lot of great creative folks, Canadian-born who have gone to work at great agencies in the US, who are now starting to think that things are changing and are considering moving home.”

Alex Shifrin, Managing Partner at LP/AD thinks it’s more likely to impact future decisions on immigration than incite a surge from the South. “I think it’s popular to say “I’m moving to Canada” and perhaps the creatives will be the first to actually follow-through. However, what I’m seeing is more Canadians turned off by what’s happening in the US and choosing to build a career in Canada, rather than an exodus North.”

Ryan Spelliscy, CCO at JWT Toronto, agrees that the comparative lifestyle of Canada is attracting those looking for a place to settle down. “Anecdotally I have had a couple of people come to me, and it's interesting, because they're very focused on the fact that this is where they really want to come to really live, and settle down. New York's always been an incredibly liberal city, so is San Francisco, and L.A. and all the remaining major ad hubs in the States are going to be liberal places, but I think what I've noticed going on is that people talking to us are saying 'You know what, I've got a family and I'd like to come and make my career up there’.”

But Spelliscy doesn’t see it stopping those looking to add a stint in the US to their resume. “I think we're always going to experience some brain drain of people leaving Canada because you've got to go and experience the bigger game down there. I did it for five years and then I came back, and I think you'll always get that. But I think we're getting more people wanting to build their life in Canada, which is new.” 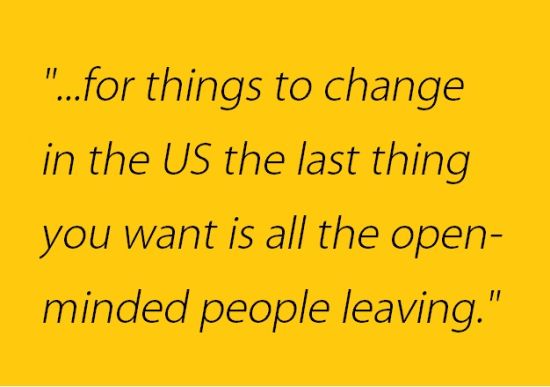 While the last 73 days have clearly given pause when it comes to immigrating to the US, would we all suffer if it dissuaded creatives from trying out the American Dream? In an industry that relies heavily on the movement of talent, bringing both cross-pollination and cultural exchange, perhaps the last thing we should be doing is curbing movement across borders?

Tomblin adds: “More diversity brings fresher ideas. The more diverse our company is, the more connected we are, and the more we can physically move around and be together in the same place, the better.

“Freedom of movement allows for greater exchange of ideas, skills and talents. The best talent will always be interested in learning from, and testing themselves against, the best. If everyone were to stay in their home countries forever, the world really would be a poorer place.”

Of course shipping-out could spell disaster, as Cosmo Campbell, SVP, CCO at DDB Canada remarks: “There has been a lot of interest from all forms of US ad folk interested in moving to Canada. I hope they follow through on the interest and don’t just become complacent with the status quo down there.

“On the other hand, for things to change in the US the last thing you want is all the open-minded people leaving.”