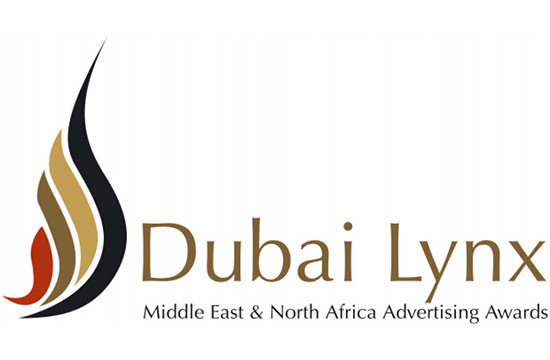 This honorary award, selected by the organisers of Dubai Lynx, is presented to an individual who has made significant contributions to advancing the reputation and profile of the communications industry in the MENA region.

“A pioneer of the advertising and communications industry in MENA, Eddie Moutran has worked tirelessly to grow his small agency into a business of formidable force that continuously innovates and drives the industry forward. His passion for advertising, his outstanding entrepreneurial and leadership skills along with his drive to do good for the industry, has earned him much respect and admiration from his peers. It is with great pleasure that Eddie is to be honoured with the Dubai Lynx Advertising Person 2014 award,” says Terry Savage, Chairman of Lions Festivals.

Eddie Moutran was one of the first Lebanese advertising professionals to work in the Arabian Gulf. Arriving in Bahrain in 1973, he joined Intermarkets, the oldest advertising group in the Middle East.

In 1984 he set up his own agency, Middle East Marketing and Communications (MEMAC) in Bahrain with four people, one client and US$13,000 capital. The company now boasts 15 offices in 13 markets with over 1,000 people serving 150 international, regional and local brands. Clients include American Express, Coca-Cola, IKEA, VW, Al Marai, BAT, IBM, Unilever, Al Jazeera (airline), Al Jazeera (TV station) and Arab Bank to name but a few.

In 1986, an international dimension was added to MEMAC’s offering through an affiliation with Ogilvy & Mather.  Twelve years later, following a minority equity ownership by Ogilvy, the company changed its name to Memac Ogilvy.

Under Eddie’s leadership, in 2000 Memac Ogilvy opened the first OgilvyOne office in Dubai, focusing on Direct Marketing, CRM, and Interactive advertising; he also started Mindshare, the first media investment agency in MENA, in a 50/50 partnership with JWT MENA, which together with its sister company MediaCom today has 16 offices around the region. Eddie continued to grow the business following Memac Ogilvy’s cooperation with JWT MENA and the Indian Market Research Bureau (IMRB) to establish the Arab Market Research Bureau (AMRB), which today is considered to be one of the Middle East’s leading research specialists, with 5 offices across the region. In 2001 Memac Ogilvy took the natural step of developing a public relations offering. Headquartered in Dubai, Memac Ogilvy Public Relations now has 11 offices across MENA. In 2008 Eddie started OgilvyAction, specialising in brand activation, sales promotion, shopper marketing, retail merchandising and experiential marketing. Also in 2008, Eddie started a specialised design agency in partnership with the French organisation CB’a and CB’a Memac has slowly become one of the region’s well established design agencies. Eddie Moutran was voted Man of the Year in 2002 by readers of Arab Ad Magazine.

Commenting on the honour, Eddie Moutran says, “I am very grateful and deeply honoured to receive the Dubai Lynx Advertising Person Award. I am further flattered to succeed so many individuals to whom I  hold in high regard, and who have equally made significant contributions to advancing the reputation and profile of our communications industry in the MENA region.

The evolution of our industry has made it clear how incredibly fragmented it has become, and how much greater, bigger and bolder ideas are needed to make our client brands stand out. Thank you Dubai Lynx for benchmarking creative excellence throughout the region, and for honouring me with this award and thank you to all my clients who have over the years entrusted us with their business and looked after our brands while we looked after theirs. Finally, the truth of the matter is that I am blessed with a team of exceptional people, who simply made me look good all these years!”

Eddie Moutran will be honoured and presented with the Dubai Lynx Advertising Person 2014 accolade during the much anticipated Dubai Lynx awards ceremony and dinner to be held on Wednesday 12 March at the Madinat Jumeirah Arena in Dubai.