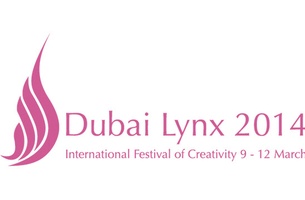 The Dubai Lynx International Festival of Creativity has announced that the internationally acclaimed talent of jeweller Stephen Webster, television executive Lorraine Heggessey and filmmaker Nayla Al Khaja, will be on stage at the Festival to discuss issues around this year’s theme of creative storytelling.

British-born Stephen Webster MBE, one of the most prominent jewellery designers of his generation, will give a unique and fascinating talk about applying creativity, design and craftsmanship to build the story and legacy of a luxury brand. With 38 years of artistry and fearless creativity, Stephen Webster conveys his distinct vision by creating exquisite pieces of jewellery showcasing cutting edge designs, impeccable attention to detail and meaningful storytelling which have led him to develop Stephen Webster Jewellery into a global luxury brand of tomorrow.

His numerous accolades include ‘Jewellery Designer of the Year’ in 1997, 1998 and 2006; ‘UK Jewellery Brand of the Year’ in 2008 and ‘British Luxury Jeweller of the Year’. He is also Creative Director of Garrard, the world's oldest jewellery house, where he has helped steer the brand to its core values as a British luxury jeweller and silversmith. In addition, Stephen is an ambassador for Fairtrade and Fairmined Gold. With 200 points of sale worldwide and stores in London, Beverly Hills, Moscow, St Petersberg, Kiev and Vienna, Stephen counts amongst his many celebrity clients Madonna, Elton John, Jay Z, Johnny Depp and Sharon Stone.

Commenting on his forthcoming appearance at Dubai Lynx, Stephen Webster says, “For many years I have surrounded the jewellery we make with stories; many are my life's experiences and often just add to the fantasy which is brought to life in my fine jewellery collections. I am looking forward to sharing this with the conference.”

Also taking to the stage is Lorraine Heggessey, former BBC One controller and co-founder of Boom Pictures which includes three branded content specialists, Twofour Digital, Boomerang and Abu Dhabi based Twofour Arabia. One of the UK’s most well-known television executives, Lorraine has held a range of senior positions including Chief Executive of talkbackThames, Head of BBC Children’s and Director of Programmes, and Deputy Chief Executive of the BBC's in-house production arm. Lorraine will be drawing on this broadcast television background to explore Branded Content from the point of view of a broadcaster and producer, outlining how to navigate the minefield of stakeholders to get quality branded content on air. She will launch a rallying cry to the industry in the region to up their game and ensure that in 2014 we start to see more ambitious branded content projects with better production values and more compelling storytelling at their heart.

Lorraine says, "Great branded content needs to be every bit as good as conventionally funded TV programmes.  It's a huge challenge to find the perfect marriage of brand, broadcaster and content to get quality branded content on air but I believe it can be done as long as everyone involved is prepared to be creatively ambitious and raise the bar."

Nayla Al Khaja, Founder & Director of D-SEVEN Motion Pictures, is also set to address delegates at Dubai Lynx and will discuss the exciting growth of filmmaking in the United Arab Emirates. Acknowledging a new generation of talented film directors as the ‘Emerging Emirates’, Nayla will look at how they are producing work that is attracting more international attention than ever before. Widely acknowledged as the first female film producer in the United Arab Emirates, Nayla’s aim is to produce a slate of feature films in the Middle East and her accolades already include ‘Best Emirate Filmmaker’ at the Dubai International Film Festival in 2007, ‘Emirates Woman of the Year’ in 2005, and ‘The Youngest Entrepreneur’ of the year in 2005 at the Global Businesswomen & Leader’s Summit Awards.

The Dubai Lynx International Festival of Creativity takes place 9-12 March at the Madinat Jumeirah, Dubai, UAE. Stephen, Lorraine and Nayla will join over 50 world-class speakers who are all set to inspire and motivate delegates from across the MENA region. For information on the various delegate packages and details of how to book a place, please visit www.dubailynx.com.