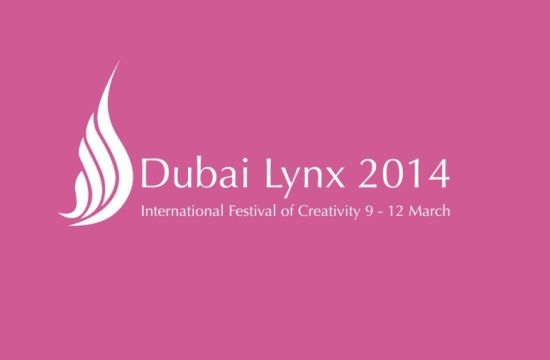 The Dubai Lynx International Festival of Creativity has opened for entries across 15 categories ahead of the 2014 edition of the Festival and Awards, taking place from 9-12 March. The final three jury presidents have now been announced and complete a line-up of outstanding industry professionals.

Prasoon Pandey, Ad Film Director at Corcoise Films, will head up this year’s Film Craft jury. A renowned Indian director, his work for clients, that amongst others include Fevicol Glue, The Times of India, Perfetti and SBI Life Insurance, has seen him break new ground in Indian advertising. He has been ranked among the top 25 advertising directors in the world by the Gunn Report and has picked up awards at Cannes Lions, Clios, Adfest, New York Festivals and other international awards shows. Commenting on his appointment, Prasoon says, “Sitting with the rest of the jury members, watching and discussing some of the brightest work over zillions of cups of coffee, is always an enriching as well as exhausting experience at the same time. It is that pleasurable pain that one can't help looking forward to”.

Leading the Direct, Promo & Activation, Interactive and Mobile jury will be Andy DiLallo, Chief Creative Officer of Leo Burnett Sydney. Under his leadership, Leo Burnett Sydney has been named Agency of the Year seventeen times across multiple awards and has been ranked the 7th ‘Most Awarded Agency in the World’ in the Gunn Report. Andy has been responsible for campaigns that include ‘Coca-Cola’s Small World Machines’ which went on to be presented at the White House and has been responsible for the largest mass participation event in history, with over 1 billion taking part in the first global election for WWF Earth Hour, the results of which were recognised by the United Nations. Beyond his duties at the Sydney office he is also a Regional Creative Director for Leo Burnett and is a member of the APAC creative board. About his position as jury president Andy says, “It is an honour to have been selected as a President of this year's Dubai Lynx awards.  I look forward to spending the week with some of the industry's most talented minds finding work that inspires, challenges and moves the industry forward”.

Björn Kusoffsky, CEO & Founder of Stockholm Design Lab, will preside over the Design jury. Leading all creative work at Stockholm Design Lab since 1998, Björn has received more than 100 awards, including Golds at both Cannes Lions and Eurobest, for his work for clients that include IKEA, Absolut Vodka, SAS Scandinavian Airlines and Hyundai Card. Björn is represented in the design collection of the National Museum of Art, Stockholm and is a member of AGI (Alliance Graphique Internationale). His work, which is simple, innovative and powerful, has been exhibited throughout the world in Tokyo, Berlin, Moscow, London, New York, Zacatecas, Helsinki, Köln and Stockholm. Commenting on his role as Design jury president, Björn says, "Design has become one of the most important assets for modern companies today. I am looking forward to seeing how design agencies respond to this in 2014".

Speaking about the presidents, Philip Thomas, CEO of Lions Festivals says, “We’re delighted to be able to announce jury presidents of such a high calibre in line with Dubai Lynx opening for entries. It’s fantastic that MENA’s creative output will be judged by such creatively high achievers as Prasoon, Andy and Björn”.

Entries are now being accepted into Film, Print, Outdoor, Radio, Media, Direct, Promo & Activation, Interactive, Print & Poster Craft, Film Craft, Design, Integrated, PR, Mobile and Branded Content & Entertainment. The deadline for entry submissions is 6 February and further information on how to enter can be found on the website at www.dubailynx.com. The winners will be revealed and honoured at the Awards Ceremony and Dinner taking place on 12 March at the Madinat Jumeirah, Dubai.