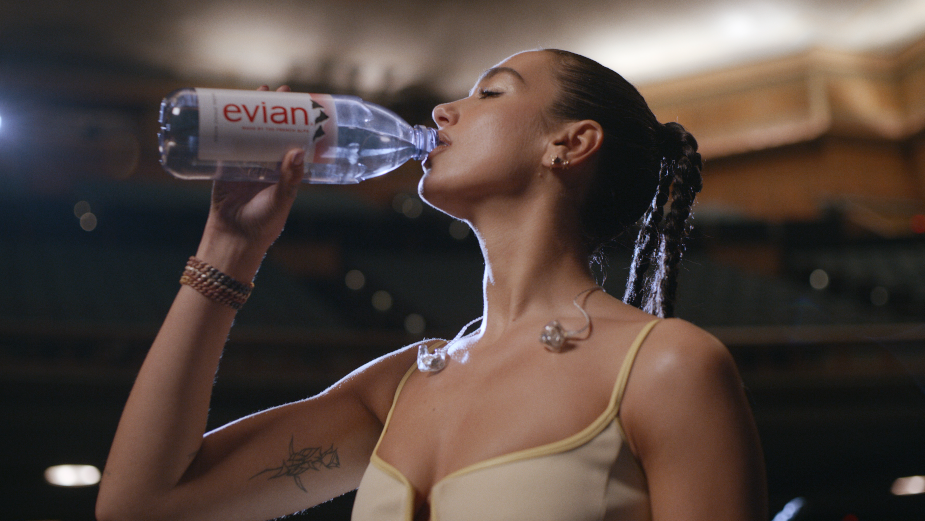 Today marks the launch of evian’s Drink True global platform, steering the way for the brand to continue its journey towards becoming circular by 2025. Created together with its newly-appointed global creative agency of record W+K Amsterdam, the two-part campaign launches with a documentary-style film starring Dua Lipa - global popstar and evian brand ambassador. The second part, Drink Water, is an ode to nature, depicting the truth of evian water: a 15-year natural filtration journey, through the pristine French Alps, before reaching the natural source of Evian-les-Bains.

The Drink True platform celebrates authenticity, transparency and honesty, notions that perfectly reflect the uniquely sourced evian natural mineral water the way nature intended. Born of a millenia-old natural process, evian is more than just water, it is an invitation to live with integrity.

Dua Lipa was announced as evian’s new global ambassador in July 2020. A champion of the young-at-heart, Dua empowers those who have new ideas and authentic energy that will challenge the status quo and regenerate the world; moving culture forward with their passion and consciousness. Featured in the documentary style 90-second film, directed by Vincent Haycock, we see Dua Lipa walk on stage to complete a soundcheck. In her truest form, relaxed and happy she starts to sing a mesmerising a cappella version of her hit single ‘Levitating’, and we are shown the power of letting your true self shine as she showcases her innate talent.

Dua Lipa, evian’s Global Ambassador, says: “I had so much fun filming evian’s new Drink True ad. Stripping everything back to a beautiful and calm flow felt refreshingly different. It’s not often I get the chance to pause and sing my music a cappella, so I hope the fans enjoy it. Being part of the evian Drink True campaign means a lot to me; I have always found that being true to myself is extremely empowering and I love that it is important to evian as well.”

The second part of the campaign, the Drink Water 60-second film, depicts the water’s miraculous journey from cloud to source. It’s narrated by a teenage outdoor enthusiast who is almost as old as the water that has been naturally crafted by the glacial rocks.

Playing out via a range of assets across TV, digital, social, OOH, POS, the first campaign under the Drink True platform aims to highlight that being true has the potential to empower, liberate and greatly improve people and the planet.

Blake Harrop, W+K Amsterdam managing director, says: “We’ve always been inspired by the heritage and creativity of the evian brand, but on meeting the people at evian we also became  inspired by their commitment to meet ambitious sustainability goals. We’re proud to be helping them build a brand to power that journey.”

The launch of the Drink True platform follows a series of exciting announcements as the brand continues to demonstrate its commitment to a more sustainable future. Last year, evian achieved global certification for becoming carbon neutral, and across the year the brand has made big steps towards its goal of becoming a circular brand by 2025.

Shweta Harit, evian Global VP of Marketing, says: “The launch of our new Drink True platform signifies a new era for evian as a brand. We owe everything to nature, so it’s important to be honest and transparent about how we continue to deliver our natural mineral water in a more sustainable way and Drink True illustrates this perfectly. I am truly so excited to be kicking off our partnership with Wieden+Kennedy Amsterdam with such a fantastic campaign, and bringing Dua Lipa onboard is the perfect match for showcasing our goals of empowering, liberating and greatly improving both people and the planet.”

The global platform Drink True launches today, and is rolling out in 2021 in Canada, China, Switzerland, the UK and the US.