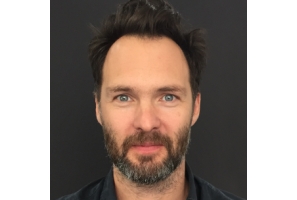 “Digital has been the back bone of DT for 18 years, which has delivered year on year double digit growth,” he said. “However that’s not enough anymore. We need to go beyond that. It’s not about digital vs advertising either, it’s about creating truly memorable brand and customer experiences. In the connected age we believe this can only be achieved by a blend of creativity, strategy and technology, and a culture that celebrates and respects them equally.

“While we are again coming off a record year, adding Jerker’s unique and international experience adds further to our already strong offer. It’s a great step in our evolution as an agency.

A multi-award winning creative leader, Fagerström said it was DT’s focus on offering clients “solutions not labels” that led him to move his family across the world to join the agency.

“Our industry claims to be innovative but in fact it’s quite traditional; it likes to put people in narrow silos like being a planner, or a creative, or a technologist, but all working separately,” he explained.

“But that need to define is in fact what is holding our industry back. Clients increasingly don’t care if you define yourself as a creative agency, a digital agency, or a media agency.  They want to know that you can solve their business problems, which for most brands and businesses are becoming increasingly complex and intrinsically linked with technology.  DT’s vision is to do just that, not just quickly fix a communications problem.

“That’s what really attracted me to DT, we both believe that if you throw creativity and technology at a true business problem, you can change the game.”

Fagerström began his career in Sweden as a planner working with agencies such as Saatchi & Saatchi where he was a founding partner before joining DDB Stockholm. There he worked as Head of Strategy, then as Group Business Director and Managing Partner, followed by an appointment to ECD and Managing Partner. Under his leadership over the years he and his teams won multiple awards in every global award show including a Titanium Lion, Cyber Grand Prix at Cannes and a Eurobest Outdoor Grand Prix. He has worked on clients like McDonalds, Adidas, Volkswagen, Lufthansa, Telia, Carlsberg, H&M and the Swedish Armed Forces.

Fagerström will be based in DT’s Sydney office but responsible for the agency’s creative output across its Melbourne, Sydney and Auckland offices.

DT is part of STW, Australasia’s leading marketing content and communications group. With 200 people in offices in Sydney, Melbourne , Auckland and Singapore, DT is one of the largest and most successful ‘locally grown’ digital communications business in the region.