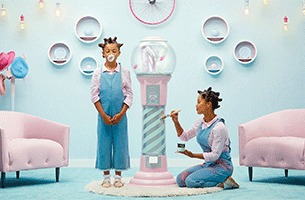 We had this nice idea for a client; to make an ad in which an entire planet had been created using their products. It would feature several different scenarios, each with its own set, props and actors. It would be bright, inspiring and shot in a stunning Wes Anderson style. They loved it.

“It’ll be great,” said our creative director. “We just have to work out how to do it all.”

Whip pan to a studio in Salford – my first ever shoot – a few short months later. Several massive backdrops have been built and painted for each scenario. Props have been painstakingly sourced and painted, each one matching an agreed colour palette. Actors begin to arrive and go through wardrobe and makeup, emerging as very different characters.

Time is against us. The backdrops are lined up like dominoes, so we can shoot a scenario quickly, strike the set, and physically move the backdrop to the studio next door for a stills shoot. We take continuity photos, carry the props through, and redress the set so the stills will complement the TV ad.

It’s a logistical conundrum, juggling sets, props, actors, filming, photography and an overall crew of around 30 people. It could be chaos, but it’s not – it’s going ridiculously well. Everyone’s doing their job and working together to a tight schedule, but what’s great is that everyone’s having a good time while they do it.

Then at lunch, we’re more or less halfway through the shoot. While we talk about music options for the ad, we eat roast chicken and fruit crumble, which tastes far too good to be served from a catering van.

The afternoon continues apace. Already we’re talking about how good everything looks and debating our preferred scenario. It’s hard to choose between them, which is definitely a good thing. Studio one wraps the last of a series of close-up shots and we hear a cheer go up, and in the stills studio we make the final push, with a bunch of product shots on beautifully contrasting backgrounds.

And suddenly, we’re done. Everything’s gone well and we have all we need to make fantastic TV, press and social campaigns. We’re tired, but have had a brilliant day. We say our goodbyes, and head back to the hotel, feeling like gods, happy in the knowledge we’ve managed to create a world in a day. 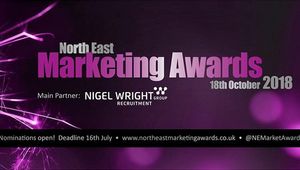 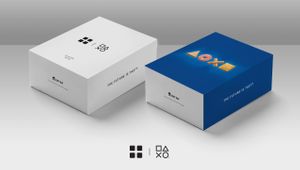 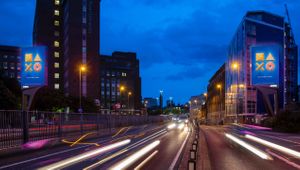