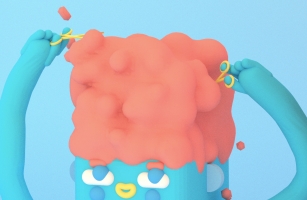 Dropbox believes people are at their best when they’re free to pursue their ideas in their own way. That’s why Dropbox is designed to empower people to work from anywhere, with anyone, using whatever type of file and device they want.

Today, Dropbox and 72andSunny are unveiling a new campaign — Dropbox’s first major brand effort — that celebrates creative freedom. Kicking off the campaign is a film, created with production partner Nexus, which speaks to the inspiring results derived from enabling people to work the way they want.

To tell the story, 72andSunny and Nexus assembled over 100 collaborators — and filmed them creating whatever they wanted. The diverse creative group was comprised of a range of professions including scientists (The Imperial College of London), designers (Barber Osgerby), food photographers (Yuki Sugiura), data visualists (Marcin Ignac), and even a pair of jelly sculptors (Bompas & Parr — who sculpt jello into buildings). Instead of replicating situations in a controlled studio, the shoot happened across various studios, offices and laboratories, filming makers in their element.

The result is a film, directed by Nexus’s Johnny Kelly, that feels like a peek inside of Dropbox — a don’t-blink-or-you-might-miss-it look at the awesome, creative things people sync, make, create, and share using the service.

“We’re inspired by the amazing things our users do with Dropbox.” said Julie Herendeen, Dropbox’s VP of Marketing. “Whether they’re producing documentaries, designing new products, or building skyscrapers, this campaign celebrates the wonderful creativity and collaboration enabled by Dropbox.”

“Awesome things happen when people collaborate, which is why it's a founding principle of 72andSunny," said Matt Jarvis, Chief Strategy Officer and Partner at 72andSunny. "To capture the real, electric-like energy that comes from the creative process, we brought together some of our favorite makers and collaborators to help Dropbox tell their story.”

“This was a great opportunity for me to approach illustrators, architects and artists I’ve been lovingly cyber-stalking for years,” said director Johnny Kelly. “I’ve never worked with this many people on a project before. It was a giant-scale team effort and the results were completely unexpected.”

The film is part of a broader integrated campaign that also includes broadcast, radio, print, and site-specific OOH. No two billboards are the same. The campaign launches on October 13 and will be rolling out through the rest of October.