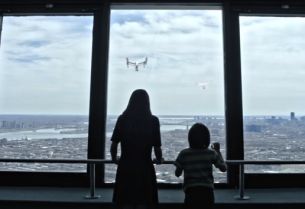 To do so, eight local directors were selected to bring their vision to one of the chosen #MTLmoments, with a 2 to 5 minute short film. The directors were given complete creative freedom to interpret the photo, in order to create an authentic portrait of the city that would resonate with audiences. The first 4 films are now being released as part of the Ignites campaign to promote the city to potential visitors across the East Coast of the United States.

The 4 other shorts are expected to be released at the end of the summer.

“We thought it was a truly innovative way to showcase our city’s unique creativity, something that is felt both by the city’s artistic community and by the public at large”, says Tourisme Montréal’s Danièle Perron, Vice-President, Marketing. “It highlights the very personal bond that Montréal is able to create with its visitors and residents”.

“We saw incredible content potential in the pool of roughly 350,000 #MTLmoments that had already been shared by the public and that was, in a sense, just waiting to be explored and exploded”, says Joëlle Choquette, Chief of Content at lg2. “Pictures tell stories. These MTLmoments we’re already telling us stories about Montreal, its tourists and locals. We wanted to push the concept a step further by asking Montreal directors to give their own take on these stories.”

The first four videos were shot by Iouri Philippe Paillé, Yan Giroux, Mathieu Grimard and Mélissa Matos in partnership with Emmanuel Mauriès-Rinfret and can be seen as of May 30th at mtlmoments.com/perspectives, along with background information on the directors and the #MTLmoments images that inspired their work. The second group of directors consists of Vincent Bilodeau, Gabriel Poirier-