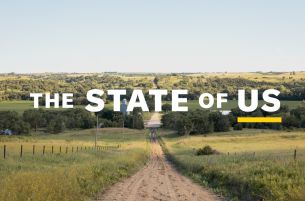 One-third of Americans do not have an accurate handle on the state of their own finances, thinking they are either better or worse off than they actually are, finds new research released by Prudential Financial, Inc.

The company’s first-ever Financial Wellness Census also reveals a nation almost evenly split between people who are financially healthy and those who are struggling.

“Our relationship with money can affect our physical health, stress levels and state of mind, family dynamics and even our performance at work,” says Stephen Pelletier, executive vice president and chief operating officer of Prudential’s U.S.-based businesses. “That’s why it’s so important to us as a company to hear from Americans across the country about the financial challenges and opportunities they face. Only by listening can we truly learn what people need to help them get on the path to financial wellness and stay on the right track throughout their lives.”

Inspired by insights from the research, Prudential also launched a new campaign created in partnership with Droga5 called “The State of US,” which includes a series of films that spotlight the financial challenges facing Americans, particularly young parents, women, pre-retirees and the self-employed. Hosted by wellness expert Alexandra Drane, the films were shot on location in communities across the U.S. that represent potential obstacles on the path to financial wellness, including: Huntsville, Alabama; Loma Linda, California; Jacksonville, North Carolina; Memphis, Tennessee; Monowi, Nebraska; and Stonington, Maine. The stories emerging from these communities reflect some of the most common financial challenges facing Americans, such as longer life expectancies, the cost of higher education, and the changing nature of employment.

They reveal that, while each person’s relationship with money is unique, there are common conversations happening in living rooms across the country about our individual and collective state of financial wellness. Additional films, along with related communications and experiences, will continue to be rolled out through the remainder of 2018. The first are viewable here.

“The journey to financial wellness is deeply personal,” says Niharika Shah, Prudential Financial’s vice president of brand marketing. “Our goal with this campaign is to engage Americans from all walks of life to better understand the financial hurdles they face and, in turn, the types of solutions they need and want. Thanks to the generosity and candor of people across the country who shared their stories with us, today we are able to ignite a national conversation about money and the role it plays in our well-being.”

The company also created a three-minute self-assessment to enable individuals to discover where they stand on their own personal path to financial wellness. Together, these initiatives are intended to kick-start a conversation among Americans from all walks of life about their relationship with money and its impact on their well-being – and that of their families – today and in the future.