Droga5's Paul Kalkbrenner Promo Is a Whirlwind of Emotions 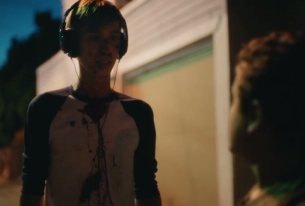 Paul Kalkbrenner isn’t a man to mince words, so it’s apt, that his seventh studio album is simply entitled 7. It’s a concise summation, for a 20-year career in electronic music that defies easy categorization.

His new album is both a continuation and evolution of the singular style that has seen Paul amass millions of fans world-wide. Musically as uncompromising as any of his previous albums, 7 sees Paul return to using vocals for the first time since his record-breaking anthem, ‘Sky & Sand’.

The release of 7 will be accompanied by the music video trilogy FLORIAN, which features the tracks ‘Cloud Rider,’ ‘Mothertrucker,’ and ‘Feed your Head.’

The series follows a fictional character named Florian; a young foreigner who compulsively shares the music he loves with strangers, though ends up getting rejected.

It is meant to parallel the peculiar outsider role of the electronic dance music genre in the US. Despite its origins in Chicago and Detroit, the electronic style to this day hasn’t arrived in mainstream America and is paradoxically considered ‘foreign.’

FLORIAN was written by Creative Directors Alexander Nowak and Felix Richter of advertising agency Droga5 New York, and directed by Bjoern Ruehmann of Furlined. The first installment of the series was released May 18 2015, and will be followed by two other installments in the next couple of months.

The release of 7 will also be accompanied by a brand new Paul Kalkbrenner live show, featuring a completely bespoke stage and production design to accompany the new material. Fans will have chance to hear the album before its release at a series of sold-out concerts in Paris, Berlin, London and New York.