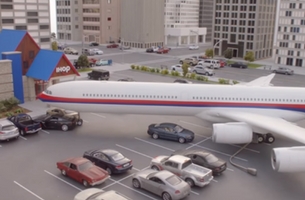 For six decades, IHOP Restaurants has believed in one, simple truth – life is just better with hot, fluffy Buttermilk pancakes.

To kick off its year-long milestone celebration, the brand is rewarding its loyal guests by bringing back its most requested promotion: endless stacks of its world-famous buttermilk pancakes – for just $3.99.

Available from January 2-February 11 at IHOP restaurants nationwide*, guests can enjoy a full stack of five Buttermilk pancakes – or a short stack of two pancakes with a combo plate of eggs, crispy hash browns and choice of sausage, ham or bacon – followed by unlimited additional short stacks of two Buttermilk pancakes until they’ve had their fill. Offer is per guest, dine in only at participating restaurants.

“There’s no better way to celebrate the start of our 60th year in business than by offering our guests stacks and stacks of our world-famous Buttermilk pancakes at a great price,” said Brad Haley, Chief Marketing Officer at IHOP. “Golden, fresh-off-the-griddle Original pancakes are the main reason why the International House of Pancakes has stood the test of time and grown to become one of America’s largest Family Dining restaurant chains. So, as a big thank you to all of our guests, we’re offering as many of our signature menu item as you can eat for just $3.99. It’s kind of a birthday present for everyone to kick-off 2018!”

Debuting today, the brand also unveiled a new advertising campaign that seeks to capture the magic of IHOP in one phrase: ‘Pancakes, Pancakes, Pancakes’. Developed by IHOP Restaurants’ newly appointed creative agency of record, Droga5, the campaign is quirky with an irreverent and humorous tone that reflects the same fun, playful approach the brand takes with its food and atmosphere.

"IHOP is a brand that’s always got pancakes on the brain, and believes that everything would be better if it were all just about pancakes,” says Scott Bell, Executive Creative Director at Droga5. “Knowing this was the mindset, our priority going into this new integrated campaign was to capture this simple truth with three words: Pancakes, Pancakes, Pancakes.”

The campaign premieres with a new 30-second TV spot called “Pilots” to promote All You Can Eat Pancakes for $3.99, with additional 15-second spots planned throughout the limited time offer period.

The spot, shot by director Tom Kuntz, opens on an airline pilot and his co-pilot going through the motions of their preflight safety check. Then, in an amusing twist, rather than hearing the expected technical airplane jargon, the pilots talk “pancakes,” as it becomes clear that they’re re-routing the plane and all their passengers to the nearest IHOP restaurant for All You Can Eat Pancakes.

“The love people have for the IHOP brand -- and especially for our pancakes -- was the natural launching pad for our new advertising campaign and the basis for its rallying cry of ‘Pancakes Pancakes Pancakes’,” continued Haley. “The Droga5 team has had a lot of fun with it and we’re incredibly excited to see the campaign come to life across every channel.”

The All You Can Eat Pancakes celebration is available for a limited time, dine-in only at participating IHOP locations nationwide now through February 11. For more information, images, interview requests or in-studio cooking demos, please contact Alexandra Shapiro at AShapiro@devriesglobal.com.