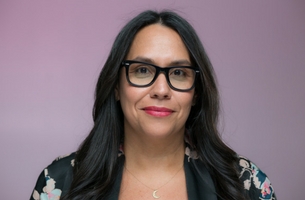 Droga5 New York has announced the promotion of Head of IT Jennifer Candelario to the role of Chief Information Officer effective immediately. Her diverse experience and self-taught nature have moulded her into a modern version of a CIO. The promotion is a reflection of the agency’s expansion to nearly 700 employees in its New York headquarters and the infrastructural needs for the agency and its clients.

Candelario joined Droga5 as employee number seven when the agency was founded in 2006. For the past eleven years, she has worked to ensure that the agency’s technological infrastructure matches its rapid growth. Her responsibilities include working closely with architects and construction managers to build out the IT infrastructure needed for the agency’s expansion at 120 Wall Street, as well as leading various teams such as Development and Operations, Security, Telecommunications and Repairs, among others. Following a rather unconventional path, Candelario began her career pulling film for a print shop in Brooklyn. She moved on to manage several studios in advertising, during which time she spent six years running Publicis’ print studio services before landing at Droga5.

Candelario commented, “I firmly believe technology is a key instrument and tool in the service of creativity and is especially useful as we expand our capabilities.” Candelario’s empathy for the end users has allowed her to succeed in connecting with them and their needs. “Her leadership guides her team to execute scalable and effective platforms that maintain digital assets, security, policies and workflows, allowing Droga5 to be the creative and strategic force it is known to be. It is her eclectic and nontraditional background and her ability to efficiently problem-solve complex issues that have influenced the thinking behind her team’s success,” said Susie Nam, Chief Operating Officer. ###